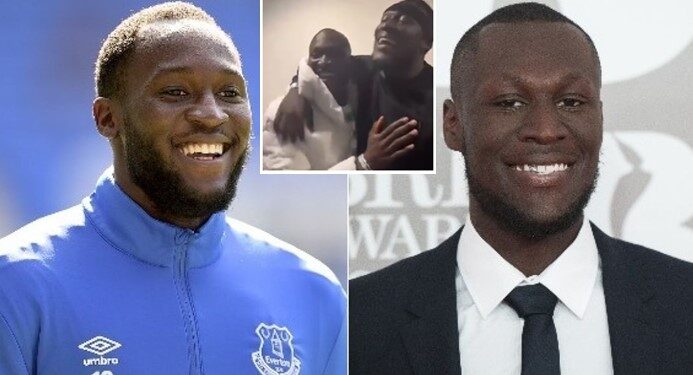 Chelsea and Belgian strike, Romelu Lukaku and , British rapper, Stormzy finally met each other after years of hearing that they look-alike.

The two celebrities attended Nigerian music superstar, Wizkid’s Made In Lagos tour at the O2 Arena in London, UK.

After Wizzy’s performance, Stormy and Lukaku decided to go backstage and congratulate Starboy only for both of them to bump into each other.

The moment they saw themselves, the stars hugged it out and laughed hard. Prior to the epic meeting that was captured on tape, they had never seen eye to eye.