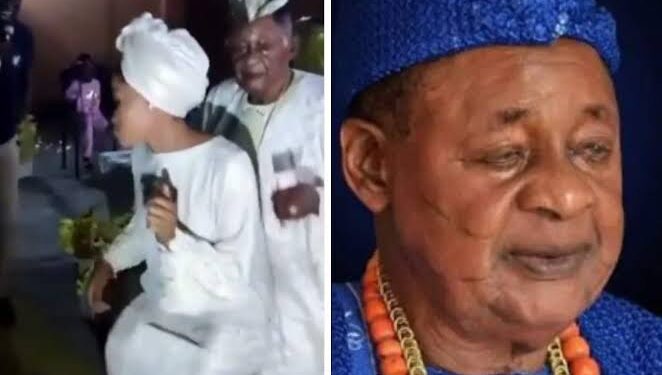 469
SHARES
1.1k
VIEWS
Share on FacebookShare on TwitterShare on WhatsAppShare on Telegram

The video of moment Alaafin of Oyo, Oba Lamidi Adeyemi dancing with one of his queens, is presently trending online.

Apart from being a traditional ruler, the 83-year-old king is known for his wealth and interest in women, especially young and beautiful ones for marriage.

According to reports, the Alaafin has more than ten wives, many children, grandchildren and great-grandchildren.

In the video shared online, one of his young Oloris was spotted giving him a lap dance on stage at an event while rained cash on her.

Reacting to the post, many were scared for the king due to the kind of dance that is too tasking for his age. While others revealed their curiosity over the level of attention young ladies pour at the king.

Ibadan Dry Port is a game-changer for Oyo – Gov. Makinde