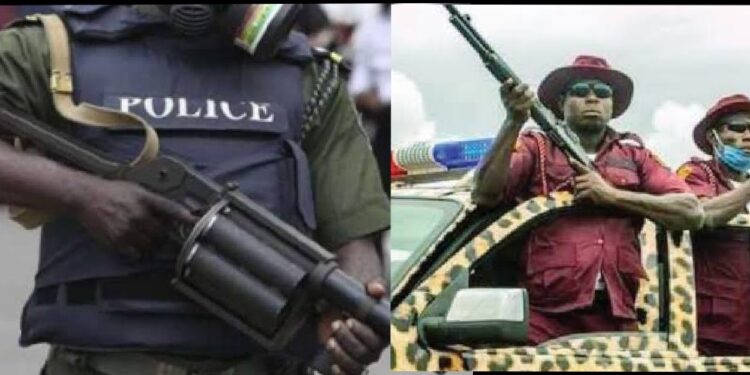 Residents in Atiba local Government area of Oyo State on Friday staged protest, demanded justice for Amotekun personnel who was arrested and accused of murder of Fulani man in the state.

According to the protesters, who were mostly old men and women alleged spate of insecurity challenges from robbers suspected to be Fulani men who rob, hijacking motorcycles at Baale Agbe road in Atiba Division, Oyo State.

It was gathered that an Amotekun personnel was passing through the area when he sighted armed robbers who were operating.

Report revealed that those armed robber were coming towards the axis to hijack a motorcycle but didn’t know that the man on the bike was an Amotekun personnel.

Nigeria Police operatives from Atiba Division reported to later drive in and arrested the Amotekun personnel and was accused of murder.

In the video sighted by this online media, the protesters were however seen crying for justice.

WATCH THE VIDEO OF THE PROTESTERS BELOW:

Omisore was not imported from PDP to cause crisis in APC – Hon. Odebunmi

Omisore was not imported from PDP to cause crisis in APC - Hon. Odebunmi