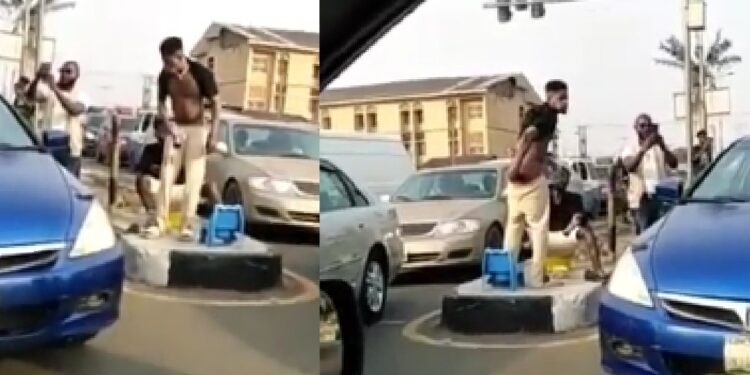 Some young men have been spotted at an exceptionally busy and popular IMSU junction in Owerri, defecating on a child’s poo and eating it while helping themselves out with their own waste products.

The $1m question on the minds of numerous people who witnessed this strange scene on Wednesday, January 26th, 2022 was that could it be a comedy skit?

The two young men carried a potty to the junction, pulled their trousers, showed their exposed b*tt, and started to defecate in the potty. One of them who was holding a loaf of bread inserted a slice of the bread in his buttcrack, ate a portion of the bread and gave some to his partner. One of their companions was available to film them carrying out this act.

Some individuals however suspect they may be skitmakers, while some have required their arrests.

Watch the video below