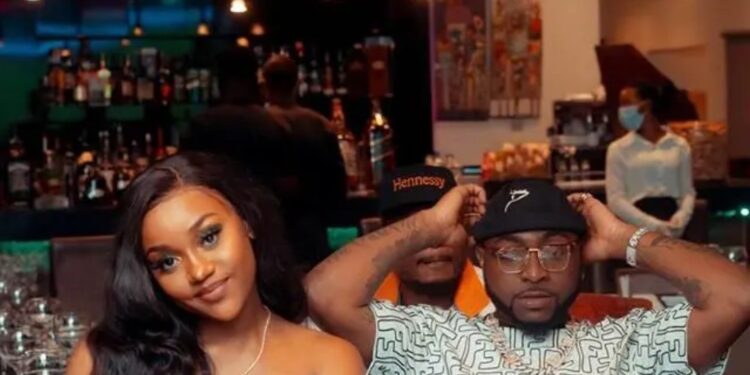 Nigerian artist, Davido and his ex-fiancee, Chioma are proving that they are friendly exes and the duo’s recent outing certainly showed that.

Davido and the mother of his son (Ifeanyi) were spotted hanging out with some of Davido’s family members- Adewale, B-Red, his personal lawyer, Bobo Ajudua and the 30BG.

Apparently, this will be the second time Chioma and Davido will be spotted together since their break up in February 2021.

You would recall seeing the couple together at Ifeanyi’s birthday party and from the video that circulated online, it was pretty obvious things weren’t good between them.

Though, It is believed that Davido is generally on good terms with all his baby mamas, Sophia and Amanda, the recent family gathering has increased speculation that maybe Davido and Chioma might come back together and finally plan a wedding.