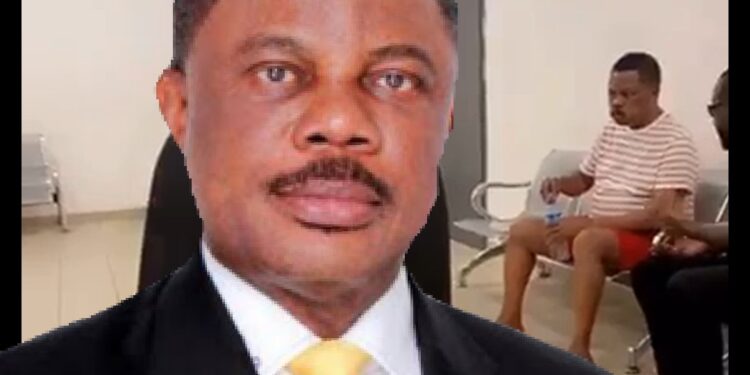 The immediate former Governor of Anambra State, Willie Obiano has been spotted in EFCC office.

Obiano, was on Thursday, arrested by the Economic and Financial Crimes Commission at the Murtala Muhammed International Airport, Lagos.

It was learnt that Obiano, who had been on the watch list of the EFCC but was being protected by immunity as governor, was arrested while trying to board a flight to the United States.

In a letter to the Comptroller General of the Nigeria Immigration Service dated November 15, 2021, the commission had asked immigration to place Obiano on a watch list and inform it anytime he is travelling out of the country from any of the International airports and other points of entry and exit.

The governor was however arrested few hours after handing over to his successor, Prof. Charles Soludo, it was learnt that Obiano made his way to Lagos after which he proceeded to the international airport.

Hon. Adesina congratulates Jabata on appointment as board member of NBC

Hon. Adesina congratulates Jabata on appointment as board member of NBC