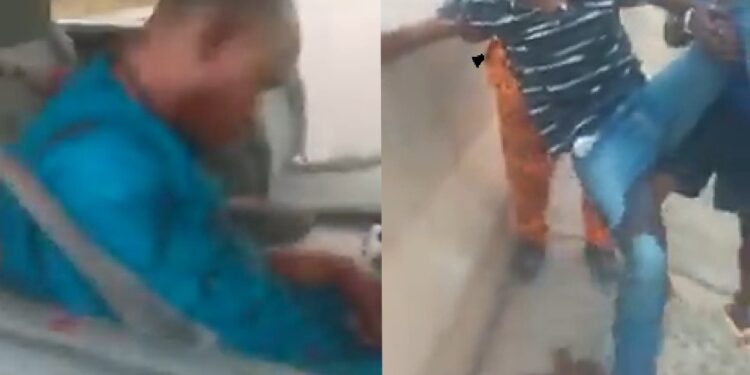 An eyewitness has released a video clip of the kidnap incident that happened in Onigaari axis of Lagos-Ibadan Expressway in the early hours of Saturday, January 8, 2022.

Gunmen suspected to be Fulani herders had in the early hours of Saturday killed a commercial driver, identified as Oluwatosin Aruwajoye, and abducted five passengers, while another person, Ibrahim Tiamiyu, was shot in the thigh.

One of the passengers, however, managed an escape.

An eight-seater ash colour Toyota Sienna bus with registration number MUS 493 HH, was heading to Lagos from Ibadan, when the kidnappers suddenly emerged from the bush at Onigaari, shooting sporadically.

The driver, who sensed their presence and tried to manoeuvre his way through, was immediately shot dead at close range.