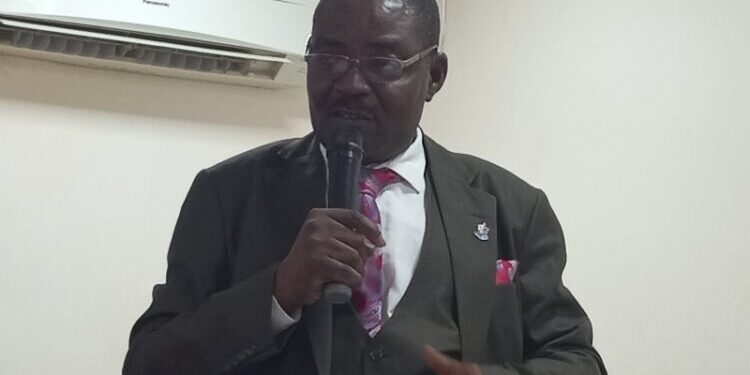 He also said the school management has zero tolerance for any form of misconduct by staff and students of the institution.

According to Newscoven’s report, the university administrator made this known while speaking at a “Breakfast Meeting”, organised by the South-West Group of Online Publishers (SWEGOP), held on Thursday.

Lead City University is the first privately-owned university in existence in Oyo State, having been established in 2005 by Professor Jide Owoeye.

Professor Adeyemo said rigorous measures put in place at Lead City University, are enough foolproof against academic cheat among the students, particularly at the post-graduate level.

He also disclosed that there is no room for cultism, brigandage, rape and other social vices among the students, adding that there are specific measures put in place to discipline any erring staff or student of the institution.

According to him, during the 2020/2021 Academic Session, some erring members of staff of the institution were given various degrees of sanctions, depending on the gravity of their offences.

The sanctions, Professor Adeyemo said, were in line with the procedure of the university’s Human Resources Management Policy and Conditions of Service for its staff.

“Lead City University pays zero tolerance to issues of misconduct and other behaviours of negative nature to official matters among its staff.

“In this circumstance, following laid down procedures, as provided in the University’s Human Resources Management Policy and Conditions of Service for staff, during the year under consideration, some erring members of staff were given various degrees of sanctions, depending on the gravity of their offences.

“For instance, some have been relieved of their positions for offences ranging from absconding from duty, not complying with terms and conditions of employment, betraying trust placed on them by the university and engaging in acts detrimental to the interest of the university, while some were placed on suspension for specific period of time and some given letters of warning,” he said.

In a similar manner, the vice chancellor said some students found to have committed one act of misconduct or the other or that have violated their Matriculation Oaths were given various forms of disciplinary measures.

These measures, the vice chancellor said, ranges from outright expulsion, suspension for varying periods of time, fines, warning and reprimand.

“I wish to state that in all disciplinary cases involving students, they were always given fair hearing before the matters is been referred to the Students Disciplinary Committee, which critically looked into the allegations and make appropriate recommendations to the Management.

“The decisions of Management on each case were then forwarded to the University Council for approval before conveying such decision to the concerned students,” the vice chancellor added.

Professor Adeyemo also said the Lead City University is a good academic stead, noting that in 2021 alone, it recruited 68 new full teaching staff, while 183 other lecturers were contracted on adjunct and visiting basis to strengthen the existing full-time staff capacity.

Professor Adeyemo added that 45 others, including Graduate Assistants to Lecturers I were also employed, while two expatriate academics were recruited from the United Kingdom (UK) and Australia, respectively.

“In the Administrative and Technical Staff cadre, 46 new members of staff were appointed. 20 new staff were recruited for the University Hospital, comprising of three new medical doctors, one additional pharmacist, eight nurses, six medical laboratory staff, a dental technician and other categories of staff.

“This is to strengthen our resolve to provide quality and adequate healthcare services dispensed by competent and experienced healthcare providers for our students and staff,” he added.

In Lead City University, Professor Adeyemo said, both teaching and non-teaching staff were elevated to higher positions, in order to encourage and generally motivate them.

“Five Graduate Assistants were also elevated to Assistant Lecturer positions, while three Librarians I got promoted to Senior Librarians.

“In the non-teaching cadre, many deserving members of staff got elevation to higher positions. It is worthy of mention that every member of staff in the university, without exception in both teaching and non-teaching cadres, received fat salary increment.

“It is also worthy of mention that the university has created its own salary scales for both teaching and non-teaching staff which is far higher than the salary scales in use in most Nigerian public universities,” Adeyemo said.