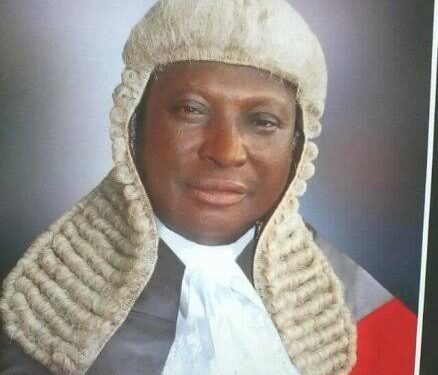 The Chief Judge of Oyo State, Justice Munta Ladipo Abimbola has disclosed that Information Communication Technology (ICT) would enhance administration of Justice generally and speed up conclusion of trials in courts.

He appreciated National Judicial Council of Nigeria (NJC) and the citizens GAVEL for choosing Oyo State as a pilot State in Nigeria, noting that, Oyo State is the first in the South-West.

According to the Chief Judge, “Information Technology is undoubtedly the way to store data, ICT will greatly enhanced the administration of Justice generally and speed up the conclusion of trials in our court”.

He appreciated the Chief Judge of Borno state who led the team to Oyo state and described him as of the ICT genius and guru in information technology in the Judiciary of Nigeria. He stated the Borno state is the first to implement technology in the Judiciary and that Hon. Justice Kashim Zannah has delivered papers on ICT as it enhances justice delivery and it is used in court system both nationally and several in international forum both at NJI and NJC workshop and conference and If you listen to my Lord you will feel like changing your form, entering into him, devouring him so that the knowledge becomes youre.

In his address,he said that the Chief Judge of Oyo state is his very good friend and to start with an eleborated protocol.He said they already have highlighted,optimized method to the citizens to see .

While speaking,he said it is technology that make individual stay in a remote part of the world and within a few minutes or hours,the public is aware of him.
In the profession of Nigeria,we have so many talented and dedicated Judges,unified lawyers and the purpose is to serve so many society.

He said that technology will serve so many people and it will assist along way.
Furthermore,he stated that they are not just here for the training,the site of Oyo state Judiciary is already set up and the test site will be handed over to the Oyo state Judiciary.

When it is being handed over to the oyo state Judiciary .the lawyers will now have access to use it to file their cases,staff of OYO STATE JUDICIARY will learn from the test site and access it and the cases will be moved for assigning.