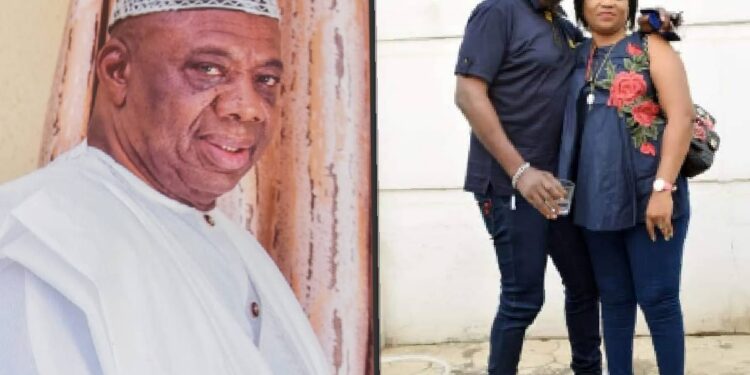 He said all the three letters were written in bad fate.

Alhaji Sukazeem who stated this in an interview with our correspondent in Ibadan said it has been established that Ojoge Daniel and his wife are fraudster.

He said; “He is a fraudster. He is perpetrating the evil along with his wife. I rejected the three letters of apology written by him because he adopted a fraudster’s system. The first one was written on ordinary paper to write it. He didn’t use letterhead paper of his Chambers.

“I insisted that the letterhead paper he used to get contract from me should be use for the apology. Because of that, I rejected the whole three letters. You have interviewed the man, Bayo Adeyemo he used to blackmailed me. You can hear the man saying he was lured to destroy my name.

“I heard from a reliable source that he has been dating the lady he used in that interview, Ramota. Ojoge was doing that to ensure that he get money from out of the money we planning to give Ramota. He knows we are going to give her good money and he wanted to get the money from her. His wife is also accomplice because his wife knows bout it. Ramota usually sit in front of Ojoge’s car as a new wife while his wife will sit in the back.

“Ojoge and his wife, Bola Ojoge are rogues. If they argue it, let them go to court. I have enough evidence of how they operate.