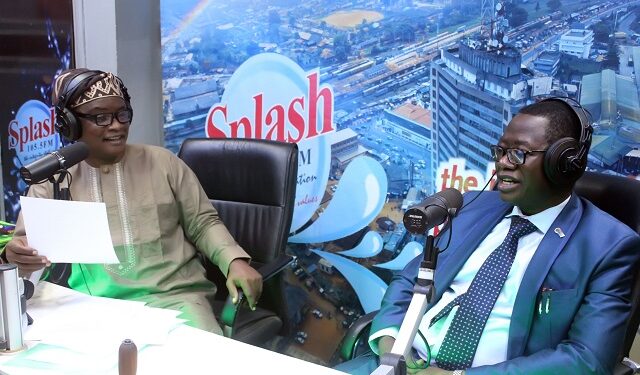 The Vice Chancellor of the First Technical University, Ibadan, Professor Ayobami Salami has been talking about the cogent reasons why parents should strongly consider sending their children and wards to the institution he heads.

He further stated that the institution has created a conducive environment for its students in terms of learning, good infrastructural facilities, ICT embedded learning processes for students that can be compared to what is obtainable abroad.

The Tech-U VC continued saying that the institution came on board as a game changer within the tertiary educational system in order to reduce the gap of unemployment among Nigeria university graduates and bridge the skill gap in the educational system of Nigeria.

He revealed that the institution is the only accredited university in Nigeria running forensic science apart from the Nigeria Police College, Kano.

The university professor further submitted that the institution was established to train graduates to become employer of labor, stating that the school has over 30 academic programs that have been accredited by the National University Commission (NUC).

The university administrator made these revelations while featuring on a weekly radio show, Parrot Xtra/Ayekooto on Radio’ anchored by Olayinka Agboola and broadcast live on Splash Lagelu 105.5FM, Felele Ibadan, the capital city of Oyo State during the week.

He also used the opportunity to tell the story of a young girl who secured admission into Tech-U but was almost prevented from taking up the admission by her father.

According to Prof Salami “We called the young girl’s father that his daughter secured admission into Tech-U on scholarship basis. Please permit me to mention names here. The girl’s name is Ruth Ayandokun from Ogo Oluwa Local Government Area of Oyo State. The next thing the father did was to refuse to release the daughter. He said she was helping him harvest his okro in his farm!
“I had to seek the help of Alhaji Bello, a director in the Ministry of Local Government here in Oyo State then – and it took the director one week to convince Baba Ayandokun to release his daughter. Now, the young lady is, by God’s grace, going to graduate with a first-class degree in Industrial Chemistry when we hold our first convocation ceremony on March 5, this year.”

While thanking the Oyo State Government and all the local governments in the state for the opportunity given to the children of the less privileged to have access to scholarship awards to attend Tech-U, the university don submitted that over 80 per cent of the first-class materials the school is producing are from the hinterlands of Saki, Iseyin, Sepeteri, Okeho and others.

“I must appreciate the Oyo State government for doing this for our children. Most of these students from the hinterland now have the opportunity of showcasing their talents and they are doing it well. Most of them, ordinarily would not have had the chance of attending a university – see them today, they are now coming out with First Class degrees.”

Speaking on how he was appointed as the VC of the institution, “I never applied for the job, I was invited and given the job, it was given to me on a platter of gold and I was asked to resume immediately”.

He revealed that his tenure as the VC of the school has been an eye opener and a rewarding venture with its own peculiar challenges.

Speaking on the new ranking recently released by the National University Commission, which rated Tech-U as the seventh best state university in Nigeria, “I felt very fulfilled and when my tenure ends on the eighth day of May, 2022, I will be very appreciative to God. When we came on board, there was skepticism on whether the university would survive but in our little way, we put certain things in place to ensure our survival and God helped us”.

The university don further revealed that he would be returning to the Obafemi Awolowo University after the expiration of his tenure stating that the law guiding the establishment of the school does not permit for the extension of the tenure of the Vice Chancellor of a university.