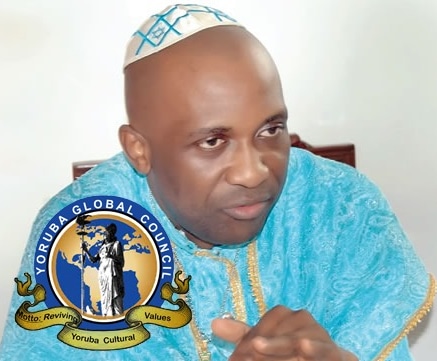 Yoruba Global Council, a Yoruba diaspora socio-cultural organization, has honoured the Leader of INRI Evangelical Spiritual Church, Primate Elijah Ayodele and recognized him as an influential prophetic voice in Yoruba land during the association’s meeting held on Sunday, 9 January, 2022.

Before the meeting started, Primate Ayodele was invited to pray for the members of the prestigious association as a leading prophetic voice in Yoruba land and beyond Nigeria.

While introducing the prophet, the spokesperson for the organization, Prof Lere Amusan, extolled the prophetic sagacity of the popular man of God, noting that in Yoruba land, his influence can never be underestimated.

Prof Lere Amusan then introduced other members of the association, explaining that the reason for the meeting was to be prayed for by the man of God and to get prophetic insight into the fate of the Yorubas in the forth-coming 2023 presidential election.

In his reaction, Primate Ayodele returned all glory to God almighty for raising him up to the stage he has got to in his ministry while appreciating Yoruba Global Council for inviting him for such prophetic assignment.

The meeting which had over hundreds members comprising Yoruba sons and daughters in the North America, Europe Asia and Africa in attendance.

However, Primate commended the stakeholders and the members of the organization for deeming it fit to put the organization in place to promote unity among the Yorubas in Diaspora and in Nigeria.

God is taking Yoruba Global Council to a bigger place, it would be elevated beyond your imagination. The Organization will become a rallying point for the Yoruba sons and daughters. I will always remember you in prayers. He said.

In his words, Prince Segun Akanni, the General Secretary of Yoruba Global Council appreciated Primate Ayodele for making himself available despite his busy schedules to be their guest on “YGC Platform”.

He therefore, thanked Oba Joseph Adebayo, Owa Ajero of Ijero Kingdom, Ekiti State, Oba Hammed Oyelude, Olowu of Kuta, Pa Ayo Adebanjo, Chief Olu Falae, Nigerian media and members of YGC for their unflinching support for the group in 2021. He said YGC is committed to protect, preserve Yoruba cultural heritage  and values, as well as positioning itself as a rallying point for the Yoruba sons and daughters in Diaspora and homeland.