Zenith Bank offers to pay only N800,500 to customer whose N4m was taken without authorisation 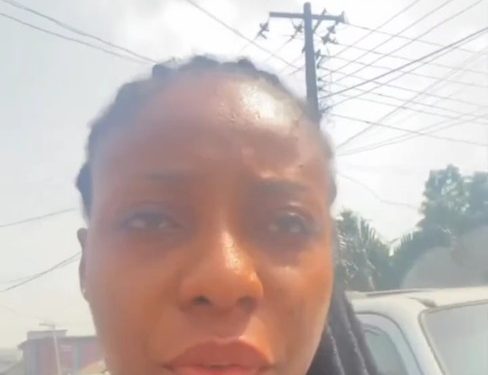 Zenith Bank Plc has said it is only able to recover a sum of N800,500 to Chiamaka Agim, the Lagos State resident whose N4.039 million mysteriously vanished from her account with the bank on Monday.

FIJ had earlier reported how the money was deducted from Agim’s Zenith Bank account without her consent on January 9.

To reclaim her money, Agim had reported the mysterious deduction at two different branches of Zenith bank the following day.

“A Zenith Bank official called me around 6:00 pm on Wednesday,” the Lagos resident said while updating FIJ on the bank’s response.

Agim said she received the call hours after she went to Zenith Bank branch at Alagomeji to follow up on the complaint she lodged regarding the incident.

“The branch manager at Alagomeji said the bank was working on it and I would hear from them soon,” she said. “Then the bank called me in the evening, saying I should check my email.”

Agim said the male bank official notified her during the phone conversation that the transaction was done via her e-token.

This revelation baffled Agim ,who told FIJ that she had never requested for an e-token from the bank.

“He made me look as if I did not know what I was saying because he insisted that I have a token. Perhaps they gave it to someone who is using it on my account,” she said.

“Then he said they were only able to salvage N800,500 from Access Bank. What I picked from the conversation was that I would only get this amount.

“He also said UBA told them that their customer does not depict a fraudster. I wondered how they were able to arrive at that conclusion.

How can the bank make such a statement while I am in pains due to debits that I never consented to? So, how does a fraudster look?”

While Agim believes that a bank insider is responsible for the strange deduction from her account, she also feels Zenith Bank wants to scare her away so that the issue would be swept under the carpet.

In the document obtained by FIJ, Zenith Bank informed Agim that the financial institution was not liable for the incident since her e-Token and four-digit secret PIN details were used to enroll on the Mobile Banking App on a device.

The bank also added that the same device was subsequently used to carry out the transactions.

When contacted on Wednesday for comments, Unah Romie, a Zenith Bank official, said: “Please be advised that we cannot provide details of the complaint to a third party as you are not the account holder.”