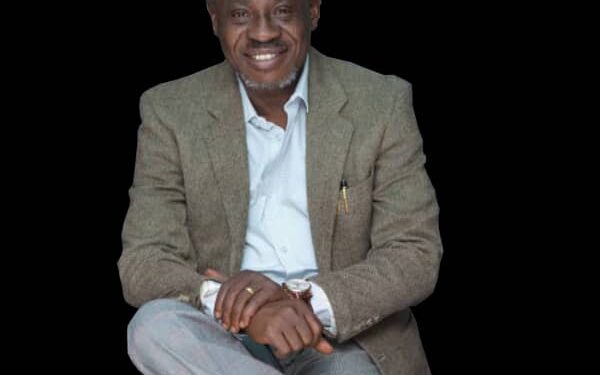 Oyo State parades a number of popular grassroots politicians who are capable of running the affairs of the Pacesetter State in a way that will make the governance meaningful.

Good governance is done through equitable distribution of the dividends of democracy across all the strata of the state through to the grassroots where government interventions are mostly needed.

For the impact of governance to be adequately felt by the generality of the populace, the kind of governor Oyo State needs is a grassroots politician with track records of good past performances in governance and the necessary experience to steer the affairs of the complex state such as Oyo State.

Experience and past performances are not even enough as the yardstick to qualify a competent person to govern Oyo State.

The nature of the state demands a choice of governor that knows the state and the people of the state; the governor that will exhibit not only the maturity and humility to knock on the doors of his friends and foes alike but the knowledge of the locations of such people when he needs to reach out to them.

What obtains in Oyo State today has shown that the state needs more than a performing governor to get good governance but what is really needed is a performing but political governor with adequate knowledge of how to apply political solutions to issues that will not allow him/her to concentrate on governance.

That is what Oyo State had in all the governors that really performed, but unfortunately most of them are all late today, with the exception of High Chief Rasidi Ladoja, who later realized the importance of application of political solutions to issues that serves as distractions to governance.

Among these governors: Chief Bola Ige, Chief Kolapo Ishola, Alhaji Lam Adesina, Otunba Christopher Adebayo Alao Akala and Senator Isiaka Abiola Ajimobi, references could be made to the occurrences of the era of the governance of the last two governors mentioned.

While Senator Abiola Ajimobi became the only governor till date that had the priviledge of getting the second term to rule the complex state, a feat Chief Bola Ige labored in vain to get despite his outstanding political sagacity.

It must be noted that Senator Ajimobi did not get the second term on a platter of gold. He applied several political solutions, including turning almost all his political foes to political friends thereby uniting the political house he belonged to, to win the second term.

It was an exhibition of the highest level of political sagacity on his part. Yes, he got that from being a former senator among other experiences he had prior to his election as the Executive governor of the state.

The second reference is no other than the viral personal antagonism expressed by the late Otunba Christopher Adebayo Alao Akala, on the basis of just one fact, that the current governor was not competent enough to rule the complex Oyo State due to his lack of political experience.

Even though the negative influence of money politics that characterized the politics of that election period made Engr. Seyi Makinde the governor of Oyo State, the questions we should be asking ourselves are, going by what Otunba Adebayo Alao Akala said about the negative effect the political inexperience of Engr. Seyi Makinde could bring upon Oyo State, was Otunba Akala right or wrong?

Have the trailers of rice and billions of naira shared to get Seyi Makinde to Agodi not become our albatross in Oyo State now?

Is the PDP, the political house on the back of which Engr. Seyi Makinde rode to power in order at present?

All these questions and more beg for answers!

It is glaring that the larger percentage of the current activities tagged Development Agenda is concentrated in Ibadan metropolis, the few activities going on In the Oke-ogun and other areas are the projects initiated and awarded by the previous government of Senator Abiola Ajimobi.

For instance, the Moniya-Iseyin road construction contract was terminated, re-awarded to suit the whims and caprices of the current governor, just like several other projects.

Few activities perceived as achievements such as payment of pensions, prompt payment of salaries and 13th month salary payment are all initiated by the previous governments.

Independent achievements and projects initiated by Governor Seyi Makinde are very few and they are being threatened by the political crises he has plunged the chapter of his party in Oyo State into.

One person who has come forth to rescue Oyo State and balance the equation across all political divides in the state is Barrister Hazeem Ola Gbolarumi.

He is well known as an experienced political tactician who is always ready to serve with the consciousness that power belongs first to God and to the people.

He is a complete grassroots politician who believed that all politics is local and he acts it always.

He knows the political nooks and crannies in Oyo State and far beyond, he dines and wines with political elders no matter the political differences that exist between him and them.

He has been a member of the PDP since inception and has never decamped to any other party since he became a member.

Prior to his appointment as the Deputy Governor to the late Otunba Adebayo Alao Akala, he has held several political appointments at the local, state and federal levels of government and party hierarchy.

He was Former Secretary, Unity Party of Nigeria (UPN), He was the Executive Secretary, Defunct Ibadan Municipal Government (IMG) and no one had the privilege of serving in that capacity again,

He was Secretary, Social Democratic Party (SDP) in Oyo State and acted as the Chairman of the Peoples’ Democratic Party (PDP) in Oyo State, through the same party he sought to be Governor of Oyo State in 2011 and 2015 and a Senator to represent Oyo South Senatorial District in 2019, which happens to be the real bone of contention between him and Governor Seyi Makinde, who manipulated the process, to hijack the ticket from him for Senator Kola Balogun, who is currently representing the Senatorial District.

Being the tactical political fighter that he is, he would not take that and he headed to the appropriate quarters for redress which cost Seyi Makinde and his group a lot of money to contend with, hence the political antagonism that exist between them.

His vast political experience extends to serving as a member of the PDP National Convention Committee (Appeal Screening Committee) in the just concluded National Convention of the party where he worked with other eminent party members to do justice to all the issues brought before them.

His appointment as the Deputy Governor of Oyo State during the eleven months post-Ladoja impeachment was more than controversial due to the larger than life influence of the late High Chief of Ibadanland, Alhaji Lamidi Ariyibi Adedibu.

Despite his early-in-life education in secretarial administration, he was classified as one of the ordinary hangers-on of the late High Chief who were uneducated enough to be in governance.

Hazeem Gbolarumi always believes that loyalty in all political ramifications is the coin of the realm in politics, loyalty to the party, to the leaders and to the political cause he believes in.

His realization of this perception of him by some people in the society and the strong belief he has in the saying of Benjamin Franklin, the polymath and inventor which states that: ‘’An investment in knowledge always pays the best interest’’, made him to step up educationally by going in for a law degree at the Premier University.

He graduated successfully and proceeded to the Law School and thereafter called to the bar.

He is today a lawyer of the Supreme Court of Nigeria, he subsequently earned his LLM in International Business Law.

H.E Hazeem Gbolarumi, the lawyer, the experienced political strategist and manager of resources is out to govern his dear state.

The question is that are we going to be beaten twice by the deceptive moves of the money bags who claim to be political big boys rather than politicians?

We can’t afford to be beaten twice and twice shy. Let’s shine our eyes and be determined to do the right thing this time around for the sake of our today and the future.