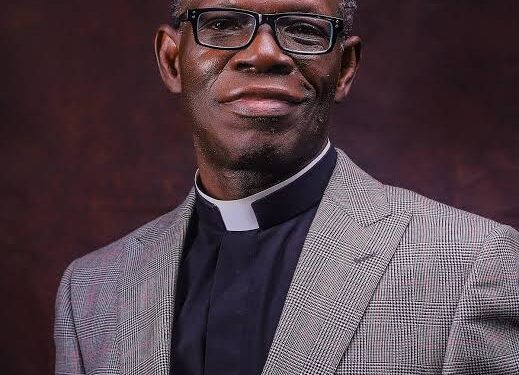 The President of Christ Apostolic Church (CAC) Worldwide, Pastor Samuel Olusegun Oladele has enjoined Nigerians to be righteous in order to save the country from present insecurities and economic hardship.

The cleric made this known over the weekend during the celebration of a church founded by his father, late Pa. Gabriel Adeoye Oladele in his hometown in Alagbagba, Abeokuta, Ogun State.

Speaking to journalists, Oladele noted that according to Bible, righteousness exalt a nation and not just prayers.

He said: “Prayers without righteousness is nothing. When the Angels of destruction was destroying Sodom and Gomorrah, they came to house of Abraham looking for righteous people and not just prayerful people.

“It is good to pray but we must go back to righteousness so that it shall be with our country”, Pastor Oladele advised.

Speaking on the celebration of 80th anniversary of the church, CAC, Oke-Isegun, Alagbagba, the cleric described the church as the greatest legacy of his father and his friend, Elder Ogunlolu who both founded it.

He said: ” The village of Alagbagba means so much to me. My father lived here, died here and buried here. And this is where I was born with all my siblings. I was raised here and spent my first 13 years of my life in this village before I went into ministry at age of 14 in Ibadan.

“Thank God this is a legacy bequeathed by Elder Ogunlolu and my father who planted this CAC way back in 1941. This is worth celebrating as the farms they left behind can’t produce anything again. But the church and school they left behind are legacies that are worthy of celebration.

Oladele while advising members of CAC worldwide said, “We should go back to faith of our founding fathers. Our founding fathers lived for the lord and not for this world. They gave their all for the work of God. Let’s emulate them and go back to the Apostolic teachings and values”, he advised.

In his sermon, the General Superintendent of the church, Pastor Olatoro Odejobi commends the church’s president, Oladele for remembering his hometown, his root.

Preaching from Psalm 116 verse 12 titled : ‘What shall I render onto the Lord’, he said the Bible passage is mostly used for sanctification but can also be used for thanksgiving.

He commended Pastor Oladele for remembering Alagbagba, his hometown despite spiritual attacked he faced from devilish people during his childhood. He however urged the congregants to emulate such act by not forgetting their roots and should contribute positively to their hometown just like Pastor Oladele did.

He listed reasons like God’s protection, His elevation, peace of mind and others as reasons to always thank God and showing grateful hearts to Him.