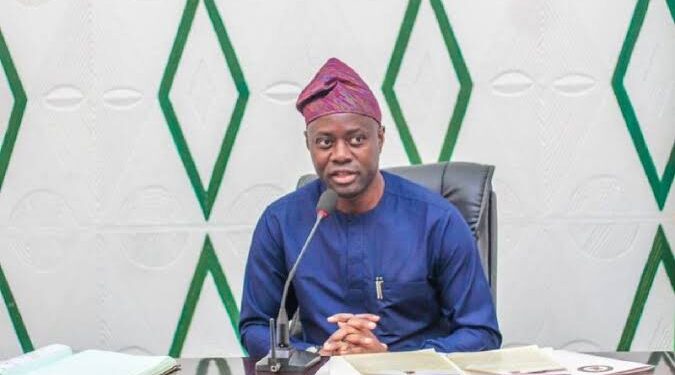 The Rector of The Polytechnic, Ibadan and the Chairman and Governing Council members are helpless on the poor activities of the consultant handling affairs in tertiary institutions across the State, the chairman, Non-Academic Staff Union (NASU), the Polytechnic, Ibadan chapter, Comrade Ibrahim Adekunle Akande has said.

Akande said it is an aberration to hand over affairs of tertiary institutions especially a technological driven sector like The Polytechnic, Ibadan to a consultant, and thereby the management cannot implement N5,000 project without approval of the consultant.

According to him, roof of the Conference hall of the institution which was destroyed by wind over two months ago has not been renovated because the Consultant is yet to approve the fund for the renovation.

He noted that the example is one of million negative effects of having Consultant runs tertiary institutions in the state.

Akande who stated this while speaking with reporters shortly after a lecture titled; “Financing Higher (Tertiary) Education Institution” at the opening day of The Polytechnic, Ibadan branch of Non-Academic Staff Union of Educational and Associated Institutions (NASU). The NASU Chairman urged the state government to review the issue of consultancy in tertiary institutions in the state.

Akande said that funding tertiary institutions in Nigeria is problematic, but called on Nigerians to use this electioneering period to be objective in voting the right leadership during the 2023 general elections.

He further described finance as a process of raising funds for expenditure, adding that the United Nations’ Educational, Scientific and Cultural Organisation, UNESCO, benchmarked 15 to 20 per cent of annual budget for education.

Insisting that tertiary education is chronically underfunded, Alli said, “Our enthusiasm for education has not been matched with financial and developmental commitments.”

He also identified four major effects of inadequate funding of education to include: inadequate basic and essential facilities; poor and demoralizing conditions of service, formulation of new and disadvantageous pension scheme and discontinuation of federal government scholarships and bursary schemes.

Highlights of the lecture was the award of excellence presented to Barrister Alli, after the rendition of his citation by the Chairman of the NASU Week Organising Committee, Comrade Sunday Tayo Okeyinka.