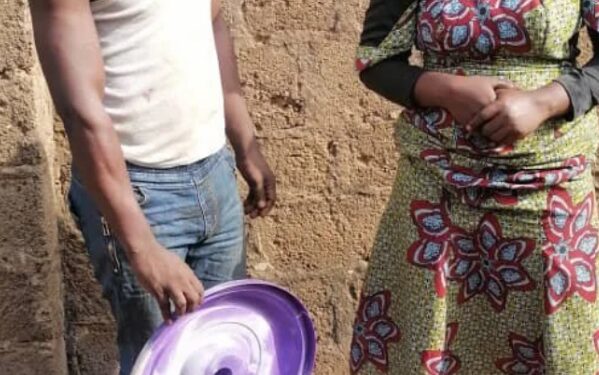 The police command in Ogun has arrested a couple, Kehinde Oladimeji and wife, Adejumoke Raji for being in possession of fresh different human parts.

DSP Abimbola Oyeyemi, the State Police Public Relations Officer, disclosed this in a statement issued in Abeokuta on Saturday.

According to Oyeyemi, the couple who are residents of 72, MKO Abiola way , Leme , Abeokuta were arrested following a report lodged at Kemta Divisional Headquarters by one chief Moshood Ogunwolu, the Baale of Leme Community .

Oyeyemi noted that the Baale , who reported that one Pastor Adisa Olarewaju who is a co tenant with the suspects informed him of offensive odours coming out from the room of the suspects.

Meanwhile, the commissioner of police, CP Lanre Bankole , has ordered the immediate transfer of the suspects to Homicide Section of the state criminal investigation and Intelligence Department for discreet investigation.

New Olubadan will be announced on Monday - Makinde