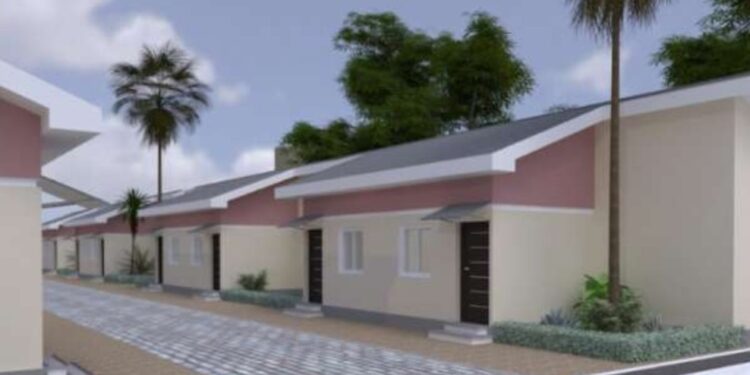 FG offers one-bedroom apartment for N9.2m under ‘affordable housing scheme’
When the federal government launched its National Housing Programme (NHP) and created a portal for the sale of completed houses under the scheme in November, the idea was to address housing deficit in the country and ease the burden of acquiring homes for Nigerians.

“It is a programme borne out of the government’s desire to provide affordable housing for its citizenry,” information on the NHP portal reads.
The programme gives the options of mortgage, rent, and outright purchase.

Speaking on November 18 when he appeared before the senate committee on housing, Babatunde Fashola, minister of works and housing, said variation in prices according to states is as a result of the cost of building and topography.

The minister also said the cost of the structures range between “N7.2 million and about N16 million, depending on what a person wants”.

HOW AFFORDABLE ARE THE NHP HOMES?

Checks on the NHP portal by TheCable show that a one-bedroom bungalow goes for N9,268,751. The price is the same across states where the property type is available.

In May 2020, the National Bureau of Statistics (NBS) released its 2019 report on ‘Poverty and Inequality in Nigeria’. According to the report, 82.9 million Nigerians are living in poverty. This represents 40.1 percent of the nation’s populace.

Zamfara, Sokoto, Benue, Adamawa, Gombe, Plateau are among the poorest states in Nigeria. Most of these states have also been affected by years of banditry and insurgency which have left millions of residents displaced and homeless.

Faika Ahmed, commissioner for humanitarian affairs and disaster management in Zamfara, had said in September that there are over 600,000 displaced persons affected by banditry in the state.

Also, Samuel Ortom, governor of Benue state, said there are over 1.5 million IDPs in the state.

TheCable had reported how insecurity has forced many residents of Benue to abandon their farms and seek refuge in IDP camps.

Given the poverty rate and scourge of displacements and homelessness in these states, it is not clear if the “affordable housing” takes IDPs into consideration, considering the cost of the homes.

A private developer, who didn’t want to be named, said the prices offered by the federal government may depend on the area the buildings are located.

According to him, while materials required for a one-bedroom apartment may differ depending on the design of the structure, the total figure is still significantly determined by the area the land is purchased.

“Some persons may view the FG’s price on the high side, but it depends on the area. Building a one-bedroom apartment with exactly the same specifications in a place like Lekki and in Olambe area of Ogun state will come with very different prices,” he said.

“For instance, I got a recent estimate for a building in Olambe area of Ogun state, and although the land was already purchased, the cost estimate for building materials and workmanship was around N3.5 million after we did our calculations.

“To mention a few things in the estimate, building layout drawing was done for N20,000; materials for foundation including blocks, granite, sharp sand, lines, cement, was estimated at around N600,000; roofing sheets, N250,000; plumbing, N107,500; aluminum and burglary works, N245,000; tiling including materials for the floor and walls, N205,000; electrical wiring, N66,000. There are also other things like the soakaway, plastering, painting, flooring of the compound, gate, doors, windows, among others.”

Meanwhile, Fashola says over 7,000 persons have indicated interest in purchasing the apartments.

The big question is, with millions of people living below the poverty line and struggling to afford a day’s meal, who are the citizens in places like Zamfara that can afford a one-bedroom bungalow at N9.2 million?