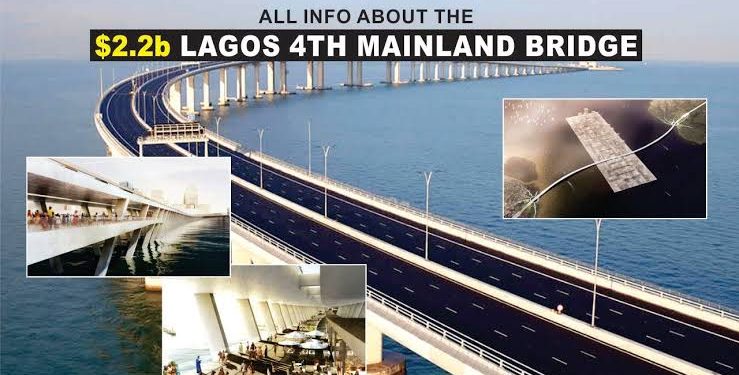 It has been revealed that roughly 48 estates will be impacted as anticipation for the Fourth Mainland Bridge’s potential completion in Lagos State grows.

Mrs. Aramide Adeyoye, the state governor’s special adviser on work and infrastructure, made the disclosure while assuring the owners of the impacted properties that adequate compensation, in accordance with international best practices, had been made to address the impending loss of their property due to the construction work.

Speaking via the project director, engineer Mr. Tokunbo Ajanaku Adeyoye said that the state government had included the 48 estates, traditional chiefs, and other parties who would be impacted by the bridge.

Areas marked for demolition which will start in Qtr2 of 2023 for the #FourthMainlandBridge 👆👆👆👆 pic.twitter.com/UIkPH5ci3K

Regarding compensation, Ajanaku stated: “This project passes through Lagos and Ogun states; therefore, it is a Lagos State initiative for Lagos State and Ogun State driven by Mr. Babajide Sanwo-Olu. This means all of the corridors within Lagos and those within Ogun State, there is a harmonious and integrated approach to settlement and that is what we will do. Each party will be adequately compensated and resettled where necessary. The strategy will be all-encompassing. The issue of compensation, in my opinion, is unfounded. Actually, it’s a comprehensive strategy to satisfy everyone.

However, despite the fact that the two state governments had established a forum known as the Panel Review Meeting on the Environmental and Social Impact Assessment (ESIA) to discuss the project and its effects, property owners and other stakeholders are still concerned about adequate compensation and resettlement.

Abayomi Adeleye, Olarewanju Smith, Abiola Badmus, Biodun Sunday, and A. Oriloye are among the property owners and stakeholders who have voiced their concerns.

Oriloye said, “Anything less than this will amount to forced eviction. We will like to hear from the governments of Lagos and Ogun states the threshold for compensation, the precise sum to be paid to each of us, among other concerns.