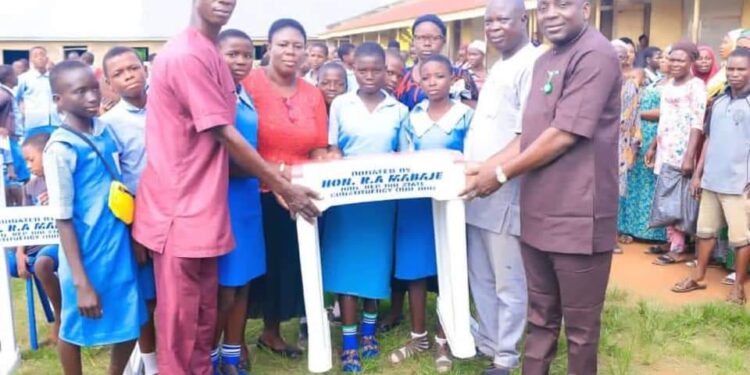 The people of Ido state constituency in Oyo State will again smile home tomorrow Saturday as they benefit from another empowerment Scheme by Honourable Razaq Mabaje, the legislator representing the area in the state Assembly.

In an official statement by the lawmaker in Ibadan regarding the scheme, said the programme holding at Ido Garage was in fulfilment of his electioneering campaign promises to give back to the people, adding that the scheme has been put together to cater for 110 members of the constituency including widows and farmers.

He said 30 aged women will receive N20, 000 cash each to start petty businesses to alleviate their sufferings while 40 farmers will get farm tools and implements to boost their farming profession.

He said others in various categories will benefits from items like Deep Frizers, Sewing Machines, Granding Machines, dryers and many others.

According to him, five bore holes had been provided in various communities in Ido in commemoration of the programme. The areas include Araro Village (ward 6), Oke Ola in Omi Adio (ward 9), Lani in ward 5 and Akufo ward 2.