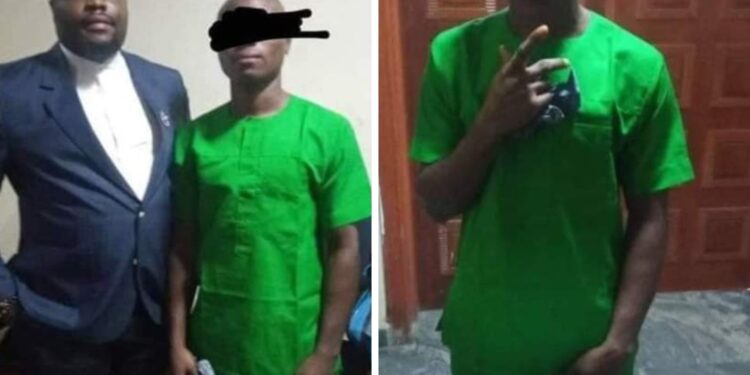 A lawyer has narrated how he helped a man who was wrongfully accused and remanded for kidnapping and related offences to get justice.

The lawyer whose name is yet to be known as at when filing this report revealed on a Facebook group how he founded the accuse in a despair situation but decided to help.

I went to the Magistrate court 3years ago to get a date and I saw this young man. He was crying and praying the rosary. I went and sat beside him and asked him why he was crying.
He kept on saying “I didn’t do it, I didn’t do it”. He was remanded by the Magistrate on a count of kidnap and other related offenses. No complainant.

He told me his story. I believed him. I told him I’d take it up on pro bono. He laid there and started praying for me. I pushed for his matter to be charged at the High Court.
Today the 29th of November,2021, the Judge of the High Court sitting in Port Harcourt has confirmed he didn’t do it and has declared him innocent. Discharged and Acquitted.

It can only be God. For the sake of God and Humanity…