My husband impregnated my mother, married her – lady narrates ordeal 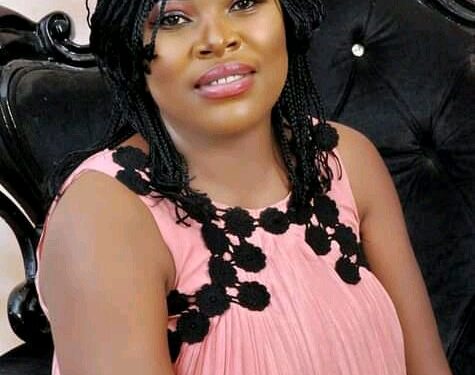 499
SHARES
1.2k
VIEWS
Share on FacebookShare on TwitterShare on WhatsAppShare on Telegram

A woman simply identified as Naren has narrated how strange story of what her husband did to her mother.

In 2009, I got married to my handsome husband. We were living peacefully and happily but unfortunately, I couldn’t conceive early.

A year after my marriage, I didn’t get pregnant nor had miscarriages and my husband, Ken was down in the dumps.

He knew it wasn’t my fault neither it is his because we had visited the doctor and he confirmed that we both are okay.

In 2011, there was no sign of pregnancy, my husband became more worried. We visited so many hospitals, herbalists and churches but I was still unable to be put in a family way.

My husband wouldn’t sleep at night. He would always be staring at the roof cogitating on how to solve the puzzling circumstance.

Ken would always be cheesed off when she usually say that.

He loved me so much and wouldn’t want me to share him with another woman.

A year later, the year was 2012. It was the third day of March. I had a fever as my temperature was very hot.

I lost my sense of taste and everything looked nauseating to me. My husband went to work that day.

He came back in the afternoon as he bought me fried rice and chicken for lunch. He saw me laying on the long sofa in the sitting room shaking like a leaf.

“Baby, what’s the problem?” He asked.

“I don’t know” I replied with my mouth shaky.

He held me up immediately and lay me down in the car as though we were going to the hospital.

We went to the hospital and after a round of tests, the doctor disclosed that I was pregnant.

He injected some drugs into my veins and ordered Ken to take me home and buy me good food which he did without prorogation.

We were so happy and we partied together. Ken wrote many poems for my unborn child and me. When I asked him what he would like the child to be.

“Certainly, a male child but if it turns out to be a girl, I would be also grateful,” he said.

I would always wreathe in smiles because he was different from other men who have resentment on girl children.

Nine months later, I gave birth to a bouncing baby boy. Ken was happy as Larry and he was grinning like a Cheshire cat at the hospital.

The way he shouted in the hospital when the doctor broke the news to him showed that he was extremely happy.

After I returned from the hospital, my mother came for post-natal care –omugwo.

I loved my mother so much– She was very young and beautiful. Sadly, I don’t know my father.

I’ve asked her who my father is but she wouldn’t just tell me; she would always look for a way to cover up my questions.

A few months later, I noticed some unusual moves between Ken and my mom but I overlooked them because I trusted Ken.

One day, my mother fell sick and was taken to the hospital by me. The doctor tested her and found out that she was pregnant.

I asked her who was responsible and she told me that it is my husband. I was frozen with thoughts and I couldn’t wait for Ken to come back as I went to him in his office.

I gave him the result and blubbered with tears rolling down my face ” Tell me it’s not true”.

He gave a glance at the result and said ” Yes, I’m responsible, I will make her my second wife”.

Thats how it was.