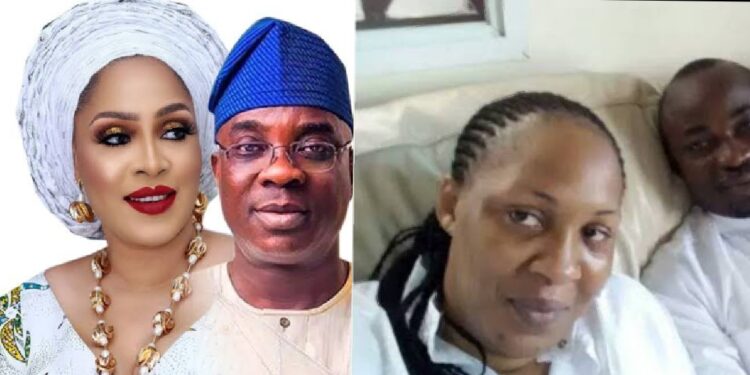 6k
SHARES
13.9k
VIEWS
Share on FacebookShare on TwitterShare on WhatsAppShare on Telegram

Before the wedding, there had been a rumour that Emmanuella Ropo had once betrothed to current Ooni of Ife, Oba Adeyeye Ogunwusi after the crash of his first marriage to Bukola in 2015 and his union with Olori Wuraola which hit the rocks in July 2017.

A blog newsmakersng.com, reported that Emmanuella was twice married with children.

According to the blog, her first marriage to one Joshua Adewale, an oil dealer produced two children – girls, then she got hooked to one Femi and had her third child – a boy.

She had allegedly been spotted with a popular Abeokuta-based Fuji musician, Alhaji Sefiu Alao Adekunle aka Omo Oko, who lost his wife, as well as a senior customs officer whose daughter got married at Oniru, in Lagos, and one Engr. Toye, who is allegedly a friend of the Ooni.

Meanwhile, a post on Facebook and other social media which is currently trending shows that KWAM 1’s new wife had been in the habit of having amorous affairs with different men and seducing other women’s husbands.

See the screenshot below;