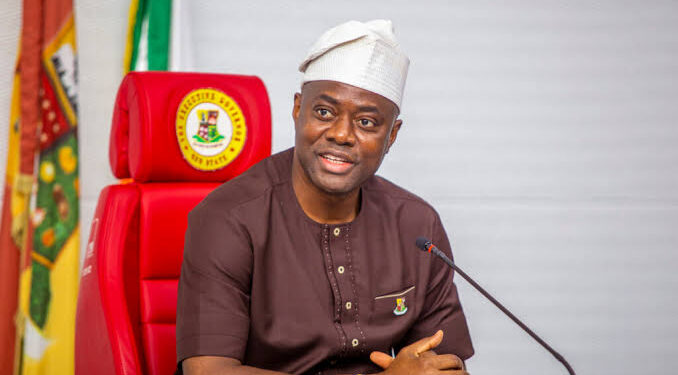 The Oyo State Government over the weekend, launched a mobile app designed with many features, including having access to details of chosen landed property, without necessarily visiting the Ministry of Lands.

According to the Commissioner for Lands, Housing and Urban Development, Tpl Olayiwola Olusegun, the mobile app, otherwise known as Ilè D’olà Exchange under the Private Networks Nigeria Limited (PNN) initiative, is the first of its kind in Nigeria, and would avail residents of the state the opportunity to make enquiry and suggestions on government services and getting faster responses.

The Commissioner said this during a two-day retreat organised for top management staff of the Ministry, where he added that the initiative is part of strategic measures to shore up the State’s internally generated revenue.

He however, urged the workers participating in the retreat to justify the confidence and investment of the state government in them by organising the capacity building retreat which is aimed at learning new ways to fast-track operations, prevent leakages and improve productivity.

The CEO /Managing Director of PNN, AbdulRahman Abiola Odunowo said the vision behind the new innovation is to key into the emerging global market with a view to unlock the full potentials in technological advancement in all land related matters.

He explained further that through the use of Ilè D’olà Exchange, the Ministry can now easily create an enabling environment for both local and International Investors, validate ownership of properties, as well as easy transfer of ownership among others.

Odunowo, while unveiling the newly created App which provides for online tracking system of files codenamed Àwárí said the App can easily be downloaded on Play Store which can now eliminate cumbersomeness of files and unnecessary delays, allows individuals to identify stages of transactions, alerts the office user of delay of files.

Other features of the App according to Odunowo include easy detection and location of files, and also allows external users easy access to download the App on Play Store adding that the Àwárí App will officially be launched online on the 11th February, 2022 noting that the App works for all files including old and new with their peculiar problems

In his remarks, the Permanent Secretary, Ministry, Tpl Ademola Bashir, advocated for team work, while he also expressed confidence in a very impressive performance by Staff members of the Ministry in the current year 2022.

He added that hitches encountered by residents in the purchase of title of ownership, transfer of ownership, land allocation, would be henceforth be things of the past, with the calibre of the Ministry’s reinvigorated workforce.

Other participants at the Retreat included the Ag. Surveyor General, Esv. Abiodun Alaba, Chairman State Board of Internal Revenue, Mr Femi Awakan and other top officials of the ministry.

How we strangled before beheading her, says one of 3 boys who slaughtered girlfriend, burn her head for money ritual in Ogun (Graphic VIDEO)