Read! The story of Ladi Kwali, the woman on the 20 naira note 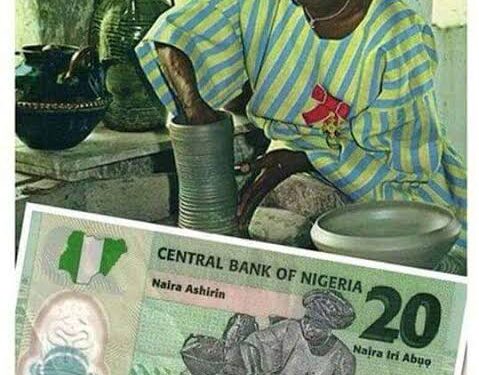 Ladi Kwali left behind a legacy of creativity and artworks that blended traditional African and Western pottery.

Dr. Hadiza Ladi Kwali was born in 1925, in the village of Kwali in the Gwari region of Northern Nigeria. There, pottery was a common occupation among women so she learnt the art from her aunty using the traditional method of coiling. During her first professional years, the traditional cultural environment moved her to produced pottery pieces that were influenced by the Gbagyi tradition and accentuated with personal idioms. She made large pots for use as water jars and cooking pots from coils of clay, beaten from the inside with a flat wooden paddle, decorated with incised geometric and stylised figurative patterns.

Several of her pots were acquired by notable figures for decorative purposes, including the Emir of Abuja, Alhaji Suleiman Barau. In his care, the pots were spotted in 1950 by Michael Cardew, the Pottery Officer in the Department of Commerce and Industry in the colonial Nigerian Government.

This made Cardew interested in her and in 1954, she joined Cardew’s pottery training centre in Abuja. She was the centre’s only female potter. She learnt the western techniques of pottery, like wheel throwing and glazing, and made dishes, bowls and beakers. However, she also continued to produce pots using her traditional hand building and decorating techniques.

Through her contact with Cardew, she became known all around the world and became Nigeria’s best known potter. In the late 1950s and early 1960s, Ladi’s work was shown to great acclaim in London at the Berkeley Galleries. In 1962, she was awarded a Member of the Order of the British Empire (MBE), an honorary doctoral degree from Ahmadu Bello University in Zaria in 1977, the Nigerian National Order of Merit Award in 1980 and the national honour of the Officer of the Order of the Niger (OON) in 1981.

She is the only woman on the Nigerian naira note — the Twenty Naira Note (₦20).

The Cardew Pottery in Abuja was renamed the Ladi Kwali Pottery and a major street is called Ladi Kwali Road in Abuja.