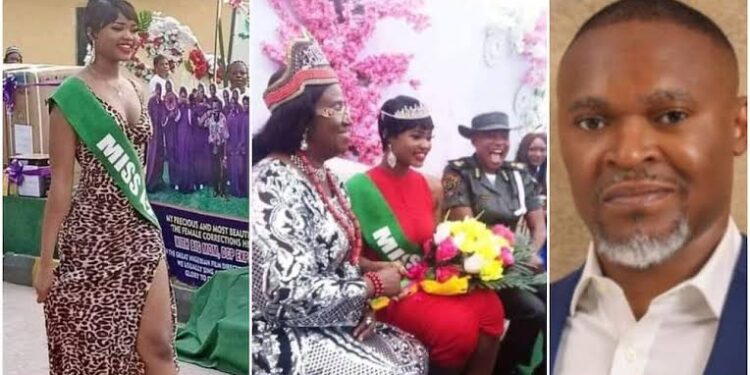 Ojukwu had allegedly stabbed her victim to death after they checked into an apartment in Lekki, Lagos.

She had fled until she was arrested by the police. Some suspects were also arrested in connection with the incident.

However, there have been concerns over how the suspect has been treated in custody.

She was once brought to the court without handcuff and on another occasion taken back to prison in an unpainted cab, fuelling suspicion that she is being given preferential treatment.

Below are the pictures of the contest, which reportedly held in commemoration of International Women’s Day.