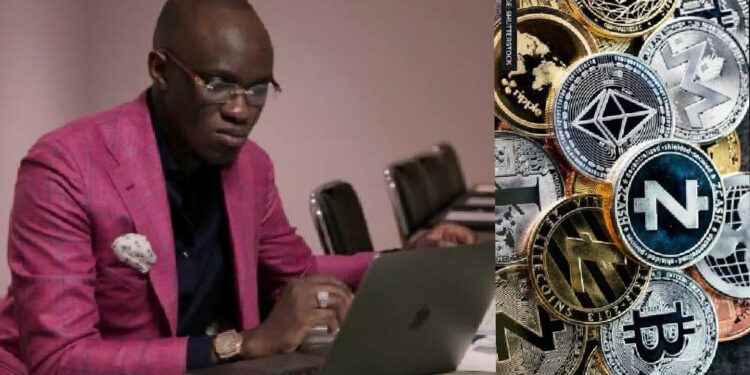 The Global Lead Pastor of SPAC Nation, Pastor Tobi Adegboyega has tasked on need to invest in intangibles which has the ability to rule the future by relegating all that has meaning at present.

He made this submission while speaking in London during a service themed ‘Laws and Crypto’.

Pastor Tobi advised that attention should be paid to what people do not value in themselves as those are the things that can be taken off them cheaply and made valuable because “real world changers are those who make the intangible become valuable.”

“In the days of Joseph, he made Pharaoh a rich man. He bought up people with food and made everyone subservient to the king of Egypt because he took what they did not value and exchanged it with food.”

Quoting from 1 Corinthians 1:18-28, he charged the congregation to find a way of rendering what the world holds dear as meaningless, saying that was the only way to bring people to Christ.

He decried hypocrisy among believers who have a way of putting down everyone asides them.

“When people regard things as secular, I just laugh. These same secular ones are the producers of the fabrics we wear, the cars we drive and other things we depend on for our daily living. Yet, we don’t want to identify with them because they are ‘secular’, forgetting that a lot depends on these secular people that we avoid.”

He advised that instead of pushing secular people away, they should be embraced and their intelligence tapped for the advancement of areas of our lives that need improvement.

“You need economic power, political power and spiritual power to be able to live a complete life. Without these three powers, you will be embarrassed, molested, harassed and experience frustration.”

According to PT, value has to be  placed on something for it to command demand. He cited the example of cryptocurrencies which are fast becoming important nowadays.

“Crypto was intangible. It had no value till God chose it. Anything that is intangible now is coming to defeat all the supposed tangibles. You cannot see crypto but you know the value it has. The best investments about to hit the world are the things that cannot be seen.”

Pastor Tobi also challenged the congregation and all listeners to concentrate on developing their intellectual properties as they are of more values than the physical structures into which people are putting resources.

“In Africa, people are still so fixated on buying up things they can see while the world has moved on to buying intellectual properties.”

He encourages everyone not to allow themselves to be put down for any reason, saying “you should never let anyone make you feel inconsequential.”

“Instead say it loud and clear at all times that you will never let anyone make you feel you are nothing.”

He counselled that intellectual property be put to use in the course of life as it will help in seeing what we are called into.