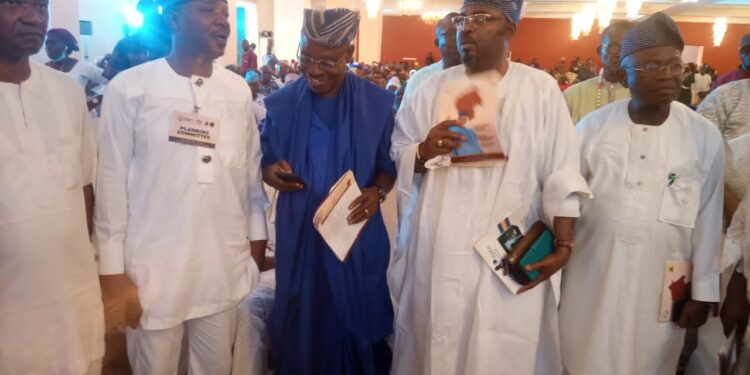 The leadership of the Gbolarumi Oyo 2023 Campaign Organization, Popular known as Ade Ori Okin Mission, have announced the appointment of Alhaji Majekodunmi Aborode as the Director General of it’s campaign.

In a statement released by Acting Director of the Media and Publicity of the Team, Olaniyi Stephen, made available to journalists in Ibadan today Thursday, 7th of April, 2022. The appointment was made to coincide with the commencement of campaign after the declaration of His Excellency Barr Hazeem Gbolarumi to Vying for Governorship position in Oyo State coming 2023.

The Director General, who hails from Igangan in Ibarapa North local government area, in Oyo State, is undoubtedly a well known orator who is fully prepared to utilize this uncommon skill to help the Ade Ori campaign team organization. A Grassroots Politician per excellent.

The leadership of the Ade Ori Okin Mission however described the choice of Hon Aborode Majekodunmi as a blessing to the campaign organization.

In his acceptance speech, he congratulated Ade Ori Okin Team for the success recorded during the declaration of the principal of the group, His Excellency Barr Hazeem Gbolarumi. While promised to work with the team with all his knowledge, skills, strength, and his all experience in Politics.