‘Prepare for aggressive membership drive ahead of 2023’ Mustapha charges Adagunodo 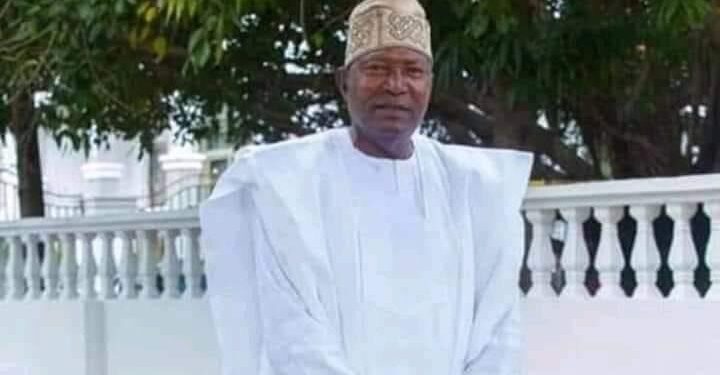 The former Chairman of People’s Democratic Party (PDP) in Oyo State, Alhaji Kunmi Mustapha has called on the newly-installed National Vice Chairman (Southwest) of the party, Hon. Olasoji Adagunodo, to see his new assignment as very important to the success of PDP ahead of 2023.

Mustapha said this in a congratulatory message sent Governor Makinde and Adagunodo, which was made available to newsmen on Thursday in Ibadan, adding that with the caliber of the new National Vice Chairman (Southwest) in place, efforts to unite party members and improve membership drive would start anew.

Mustapha alluded the new Southwest party leader’s emergence as the outcome of his party loyalty, perseverance and dedication to the course of development of the national opposition party.

“I hereby thank God for your life and congratulate you on your recent nomination and adoption as National Vice Chairman, South West of our great party, PDP.

“This your much deserved nomination to me, is a gain of your perseverance, loyalty, selflessness, truthfulness and committed service to our Party. Your nomination is a round peg in a round hole, considering your outstanding qualities of being a successful Chartered Quantity Surveyor, Seasoned administrator and an experienced politician who always uphold the principles of fairness, justice and equity, to fill the position, which became vacant, as a result of former PDP South-West Vice Chairman, His Excellency, Ambassador Taofeek Oladejo Arapaja’s elevation to higher post of PDP National Deputy Chairman (NDC), South.

“With Adagunodo at the helms of affairs as PDP Chairman, South West Zone and the assured support of the entire PDP members, under the able leadership of our South West leader, His Excellency, Engr Seyi Makinde, the Pride of South West, our victory at the forthcoming Osun and Ekiti States Governorship election and 2023 General elections are assured by the special grace of God.

“I appreciate the Executive Governor of Oyo State and PDP Leader, South West for having confidence in my bosom friend, Hon Adagunodo. Almighty God has used you to change the fortunes of our party for good by standing with the new Southwest Chairman of our party and I assure you that he is not going to disappoint you. Thank you for actualising God’s wish for him. Almighty Allah shall continue to be your source of strength and wisdom, much needed to carry out the enormous responsibility of good governance in Oyo State and effective leadership of PDP in Oyo State in particular and South West in general.

“I commend you,sir, on your recent efforts to effectively reconcile all aggreived party members and unifying Party structures at all levels, ahead of 2023 general elections.More grease to your elbows.
Cogratulation to entire PDP family members and leaders, in Osun State and South West Geopolitical Zone in general.

“I also congratulates the outgoing NEC and the incoming NEC, especially, PDP National Deputy Chairman, South, His Excellency, Ambassador Taofeek Oladejo Arapaja for this remarkable achievement in the West of Southern Nigeria.

“Hon Adagunodo, I charge you, as a peace loving and progress minded person, to be proactive in your new assignment and ensure you strongly embark on aggressive membership drive into the Party across the South West Geopolitical Zone.

“Try also to run a listening and open door policy, consulting with, most especially our Party leaders. You have to operate your Executive Council as a Team. I know the experience is there. Please set the following achievable targets of delivering Osun and Ekiti States to PDP in the forthcoming Governorship election in the States, delivering the entire South West to PDP in the 2023 general elections and work with the PDP NEC to ensure our party win the 2023 Presidential election, to rescue Nigeria from the current economic hardships and national insecurity,” charged Mustapha.