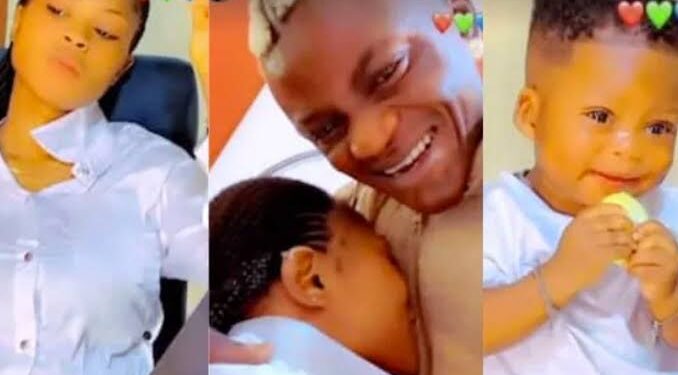 Fast-rising singer, Portable has officially unveiled the face of his first baby mama.

The street artiste took to Instagram to show the face of his first baby mama his adorable son.

It would be recalled in an interview with Jahbless, Portable revealed he has two baby mamas, two sons and numerous girlfriends. Social media users thought he was capping, but are finally seeing traces of truth in his confession.

As seen in an IG video posted by Portable, he and his baby mama were all lovey-dovey while playing with their son.

A wedding/engagement ring was also spotted on her finger and this pushed Portable fans -ladies to ask him if he married her.