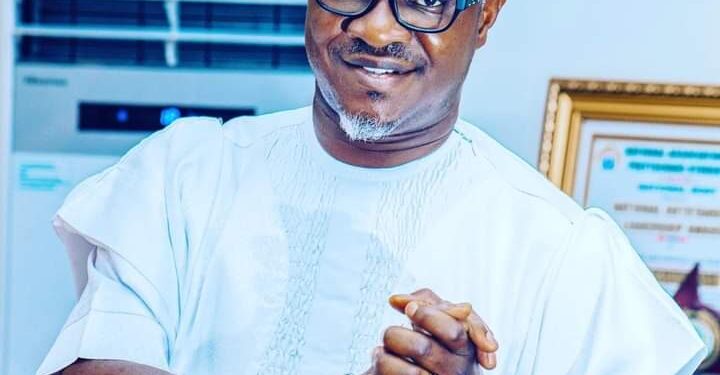 Ogbomoso is blessed with humongous natural and human potentials and they have in one way or the other contributed to the advancement of not just their town but the state, country, and the world at large, some are dead and some are alive and still active.

In the various sector of the world, Indigenes of the historical town have featured prominently and they are not backbenchers when it comes to politics too in fact, Ogbomoso is a key determinant in who becomes the governor of a state because of its size and population as the second-largest city in Oyo state.

The likes of Samuel Ladoke Akintola, a former premier of western region, Chief Ayantayo Ayandele, Otunba Adebayo Alao Akala, Chief Adeoye, Chief Oke and many more who have transited to the home beyond made the town proud in the political field and they are not just being remembered for their deeds, their legacies live after them and the majority of them are being celebrated as heroes.

Not that they don’t have their mistakes but their good deeds are more noticeable than what the other side which if they are alive to defend their position, there will be justification for every action.

Of recent, Ogbomoso lost another titan in politics, a political impresario who was among the luckiest people to ever govern the state as the executive governor, yes the circumstances that led to his emergence was accidental but he was able to set a remarkable and unprecedented record as the number one governor who demystified governance and opened the eyes of the people to what governance is all about, his impact on grassroots development was superb. His tenure was noted for spreading wealth and human capital development.

The demise of Otunba Christopher Adebayo Alao Akala, an incurable generous man with a large heart was a big blow on the Ogbomosoland, Oyo state, and Nigeria at large and there is no doubting the facts that his exit has created a big vacuum not only politically but also in the social circle.

Aside from Alao Akala, one cannot rule out the fact that the likes of Dr. Saka Balogun, Senator Dr. Fatai Buhari, Senator Ayoade Adeseun, Hon Segun Dokun Odebunmi, Hon Mulikant Akande Adeola, Hon Temilola Adibi, Hon Segun Ogunwuyi, Alhaji Abdulrasaq Kareem Gbadegesin, Hon Sunday Dare, and others that are politically active have their impacts in the political developments and advancement of the town too and their names will be written in the records according to their deeds and how they used their position to promote unity and advancement of Ogbomoso.

The nearness of another election year is raising the consciousness of the people to what next, a lot of aspirants have evolved and they are all out canvassing for support from people, while those occupying positions are not willing to leave, some planning to progress, the new ones are also struggling to take over from them because of the feeling that they have exhausted their time and opportunities.

Akinwale Akinwole popularly known as Wolekanle is one of the beautiful ones born in Ogbomoso and he is no doubt prepared to take a step of courage in championing the course of new development in Ogbomoso through political participation with which he intends to restore the hope and confidence of the people of Ogbomoso North, South, and Oriire Federal Constituency.

Born in Seriki compound, Osupa, Ogbomoso, his foray into politics is not for fame or wealth because to a very large extent, God has been faithful to him, but his concern and passion for the development of the constituency is the driving spirit that is propelling him to throw his hat into the political ring.

Wolekanle is a born giver, articulate and responsible, he has been demonstrating his untainted love for Ogbomoso long before he even considered politics as an avenue to do more, one cannot count the number of people he has empowered economically, thousands of students have benefitted from his milk of kindness through scholarship, procurement of JAMB, GCE and WASSCE, forms UTME Coaching and many others.

Unlike some of the young breeds in politics whose traits are making noise and using propaganda to project their little provision for the people, even those who feign blind and deaf politically can attest to the fact that Wolekanle’s Ajilete Carnival did not only boost the image of the town but also have a positive economic impact in the town. Also, his contributions to the development of the sports through Ogbomoso United FC and annual football competition have further given the skillful youths in the soccer world an opportunity to exhibit their talents and move to another level.

Today, Ogbomoso can boast of a standard hotel with modern facilities which can accommodate even the president of a country, AA Luxury, the continental hotel is another evidence of Wolekanle’s love for his fatherland. He could have constructed the hotel in Abuja, Lagos, or even in Ibadan where he will be making good sales but he prioritizes Ogbomoso and project it as the preferred destination. Over 30 Ogbomoso Indigenes are on the payroll in that hotel.

Wolekanle’s hand is in every nooks and cranny and that is why people in oriire, Ogbomoso North and South are beckoning on him to represent them at the National Assembly come 2023. And the question now is, is Wolekanle ready to take up the challenges?

This writer cannot give a definite answer but obviously, Wolekanle is more than ready, he has been playing his cards politically and he is reaching out to the stakeholders to deliberate and discuss the way forward and how to further advance the course of his constituents through effective governance, quality representative and collaborative efforts for greater and better development.