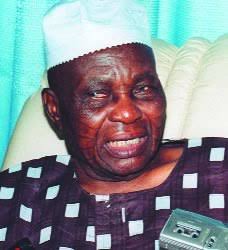 Thirteen years after the death of strongman of Ibadan politics, Alhaji Lamidi Adedibu, crises brews over the administration of the inheritance of properties which degenerated into fight among his children.

Three male children of the late politician, Dauda Adedibu and two others on Sunday dragged Akeem Adedibu to a popular reconciliation radio programme on Fresh FM, Ibadan (Egbani Elaja) over his dominance of some property left behind by their father.

The plaintiffs argued that Akeem Adedibu refused to heed the several pleas by concerned families, friends and notable personalities toward amicable resolution of the issues surrounding the allocation of the properties of their late father, former Ashipa of Ibadan land.

Dr. Dauda Adedibu who talked on behalf of other two siblings said Akeem has since been collecting rent of structures and illegal sale of many properties of their father.

He said the Ibadan political warlord did not leave behind a will but appointed himself, Akeem and Alhaja Bose, his wife as administrators of his inheritance.

According to him, “as part of many failed bids to settle the rift among us, late former Aare Muslim, Alhaji Azeez Arisekola, the Chief Imam of Ibadan land, Sheik Abdul-Ganiy Agbotomokere, Mogaji Nureni Akanbi of Iba Oluyole compound and a host of many other eminent people have intervened but we could not reach a truce”, he lamented.

Watch details in video below;