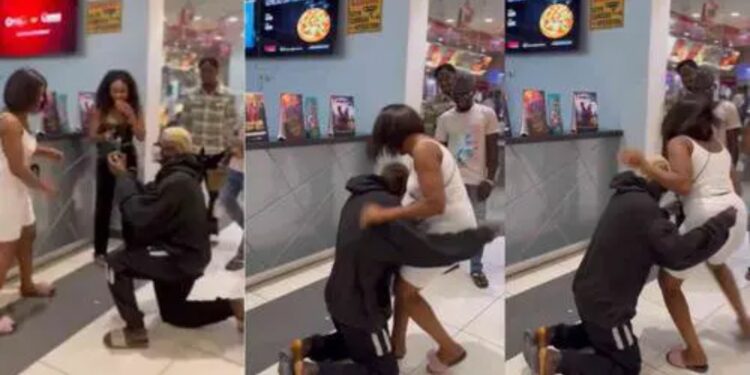 A viral video showing the moment a young lady fell victim to a prank that made her believe Zazoo crooner, Portable proposed to her has continued to make the rounds online.

In the video, the man who disguised as Portable took a knee at a mall and proposed to the random lady who jumped in excitement and screamed ‘Zazoo’ profusely.

As if that wasn’t enough, she removed her wig and showed her crazy part, unsuspecting that she has been pranked.

Meanwhile, the fake Portable appeared just as the original to convince the lady; had a yellowish hair that portrays a striking resemblance to the Zazoo singer.

Funny enough, the lady said a ‘yes’ to the proposal while the prankster hurriedly left with men he staged as entourage.

Watch The Video Below