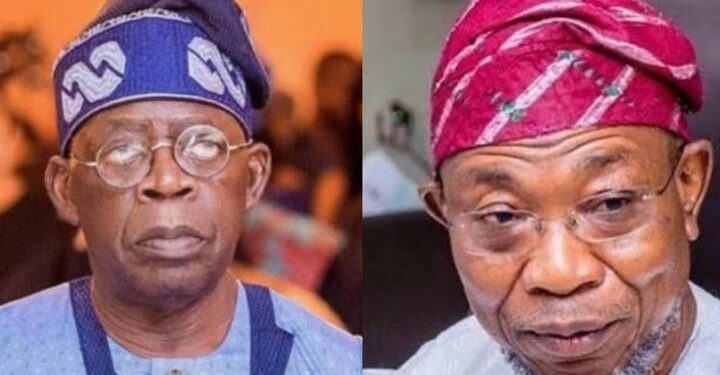 Former Governor of Osun State, Rauf Aregbesola has attacked his political ally and leader, Ahmed Bola Tinubu, over who becomes the next governor of the state.

Aregbesola, who is the current Minister of Interior, spoke in Ijebu Ijesa while addressing the All Progressives Congress, APC, faithful and stakeholders ahead of the party’s governorship primary.

Aregbesola, while addressing the crowd, described the incumbent Governor and his successor, Gboyega Oyetola, as the most “useless and corrupt governor in the history of the state.”

The minister said categorically that Oyetola would not be allowed to return for a second term in office the same way former Lagos Governor, Akinwunmi Ambode, was treated in 2019.

Although Aregbesola did not directly mention Tinubu’s name, he launched some verbal attacks at the APC National Leader in relation to the political situation in Osun.

He said that Tinubu abused his leadership and suddenly assumed the god complex.

“We followed and served this leader with all our might. In fact, our loyalty to him had caused some people to start wondering if we were no longer Muslims,” he said.

“But we were with him and served him according to the admonition of our forefathers, who said when serving anyone, we should do so with sincerity and loyalty; that if you regard anyone as your principal, you must serve him wholeheartedly.

“Sadly, we didn’t know that while we wished him well, he didn’t think good of us.

“However, because we placed him higher than where he ordinarily should be, he started to think he is our god.

“Unfortunately, for him, we had sworn to God that whoever compares himself to him, we’d beg Him to bring down such a fellow.”