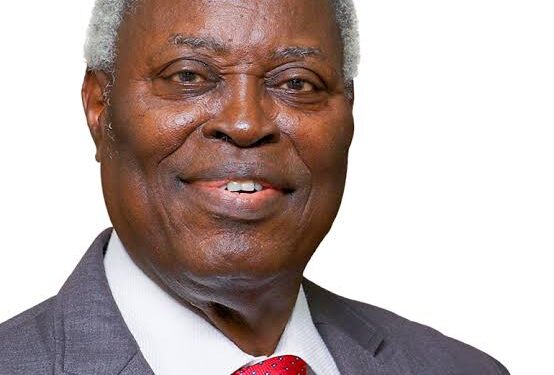 I did say in my last State of the Nation intervention essay published in October in most of Nigeria’s leading newspapers and worldwide in the social media that while God expects the state and its institutions of administration to attend to secular matters, He is nonetheless interested in fairness, equity and justice as man discharges those obligations. Man’s challenges in various shapes of crime, insurrection, corruption, climate change, youth restiveness, collapse of moral norms, pandemics, sectarian intolerance, wars etc., are all a consequence of our failure to meet our Creator’s demands.

Where justice or fairness is denied its centrality in our relationships, whether in the Church or outside it, the victims would always fall into the ensnaring and extirpating embrace of the devil. He is perpetually on standby to feed on man’s quest to right perceived wrongs through ways not prescribed by Heaven. It is safe, then, to conclude that although Satan is the infamous author of all evil assaulting mankind, man is his inseparable accomplice on account of his wilful alienation from the Lord manifesting in his rejection of His laws.

The outcome is a besieged, bedeviled and bedridden world. Governments and their leaders are at their wits’ end as natural and man-made disasters plague the nations. Supra-national bodies haven’t been able to come to the aid of their constituents. Now, just when we thought coups d’etat have run out of steam in our world, they seem to be staging a return. At our individual levels, everyone appears to have run the whole gamut of what I refer to as the A to Z of the social malaise. Addiction to godlessness has taken man to the bug Zapper.

But, as I said in the article referred to at the beginning, hope isn’t lost for a harrow and harassed humanity. God is still pursuing His activities of ‘’healing, restoration of hope to the despondent and deliverance of the nations from instability, insecurity and the invidious grip of the devil.’’ I concluded thus: ‘’I foresee…the Lord…attending to the challenges of … (Nigeria) and the countries of the world. I see Him containing the conflicts confronting His people as we pray in the Name of Jesus.’’

That’s another way of saying God is waiting for a caving planet to sit up and heed His call. The nations with crisis upon crisis raining upon them can find help only in the rest He offers.

He provided just that and more at the Global Crusade we held at Port Harcourt, capital of Rivers State in Nigeria’s south-south in the closing days of October. As thousands gathered at the Deeper Life Bible Church Campground in the city, joined online worldwide by many more in their tens of thousands, God visited those who sought Him with answers to prayers presented in the Name of Jesus for the nations, their governments and for individuals.

God proved a point during the five nights we submitted our case before Him: if men and women of any race or clime and class forsake their unhelpful sinful approach to solving their national and global problems and meekly look up in repentance to His Salvation plan through Jesus Christ, He will reciprocate with enduring foolproof solutions.

What amounted to intractable afflictions that had lingered and defied medical interventions evaporated in the twinkling of an eye. Mountainous obstacles seeking to overwhelm the people were themselves sunk in a valley as we raised our voice to a prayer-answering God. Those who came to the crusade thinking it was their last day on the planet returned home with a new lease of life, death no longer dangling over them. Those with emotional, physical and psychological disabilities received healing for their bruised souls. By the way, these miracles were not confined to Port Harcourt. Those who participated via Internet links were also touched by Heaven, to reflect the global flavor of the crusade.

Thus, the testimonies we got gave the unimpeachable picture of citizens of every corner of our globe receiving from the Lord.

We had the case of the Indian Pastor who suffered severe pain following an accident that affected his pelvic bone. For some reason, he didn’t reach out to the medics. According to him, he endured the discomfort for two to three weeks. But on the last day of one of our global crusades, as he was interpreting during the message, he got healed in the course of our prayers.

A striking testimony was from 14-year-old John living in the north of Australia. He had been down with a malignant type of diabetes, where the sugar level in the system was a threatening 40 points. But after we prayed at the just-concluded Showers of Blessings through Christ Crusade in Port Harcourt, and the believing teenager went for a checkup, the sugar content had dropped dramatically to 6.2. Incredible, but true!

Now, in London more than seven thousand kilometres away from Nigeria, a young medical practitioner son and his wife, also a doctor, together with their parents, were writhing in pain from the scourge of Covid-19. Giving the testimony of how the entire family was snatched from looming deaths, was John Olulade, the father of the young man. He told us at the Port Harcourt event that while he and the household were in utter perplexity, I called him on the phone and prayed, handing over the stricken family members to God. He said that ‘’within two days, all the symptoms of the virus had disappeared as assured by faith by the pastor.’’

Lamine Okoli of Gombe, a northern state in Nigeria, also had a touching deliverance. The sister was a victim of the dreaded Covid-19. She said she saw it as a ‘’big problem’’. But, as she put it in her testimony, ‘’my God is bigger.’’ When watching an online Sunday Worship Service streamed live from Deeper Life Bible Church headquarters in Lagos, she saw a pastor who had been on the brink of Covid-19 death relate how he recovered after I prayed with him on the phone. She said she connected with the Port Harcourt crusade on the 27th of October, 2021, where she heard me speak of ‘’the celebration of life, and not death.’’ It led her to faith in the God bigger than Covid-19. That God delivered her, as tests revealed the absence of symptoms of the disease.

It is that “Big God’’ Who is far bigger than the problems of man and the nations of the world that we present in our crusades. I strongly believe that what He has been doing, breaking yokes of individuals, healing those tormented by the devil, providing for spiritual and physical needs, giving peace and hope to the dejected etc., are a mere pointer to His boundless ability to address the national and global vexations that have defied every panacea from the books.

Economic insolvency, the tumble of the currency, political instability, corruption, criminality, inflation, violence, unemployment and other plagues can easily be dealt with the way He outlawed the pangs of pain in the lives of those who submitted to Him at the global crusade.

.Pastor Kumuyi is the General Superintendent of the Deeper Christian Life Ministry with Headquarters in Lagos, Nigeria.