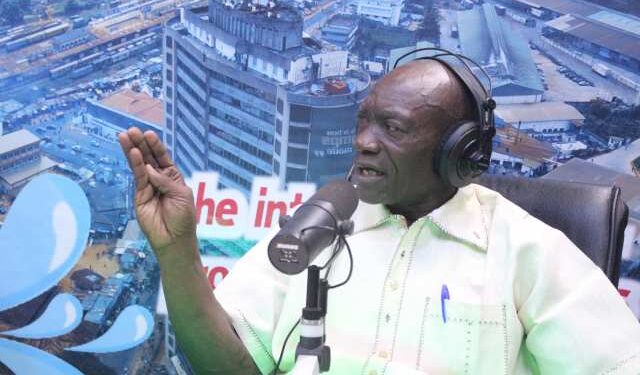 Former Nigeria International footballer, Dr Felix Owolabi, MON, has joined other great Nigerians who have been calling on the Nigerian Football Federation to retain the services of Super Eagles’ interim coach, Austin Eguavoen, stating that such move will ensure continuity and progress for the team.

He further urged NFF to strengthen the technical department of the team ahead of the world cup play-off against Ghana in March in order to ensure that the team qualifies for the world cup in Qatar.

Speaking on the performance of Nigeria at AFCON 2021, “I am not surprised about the performance of the team, our opponents at the group stage did not give us stiff opposition and Eguavoen within his short time as coach optimized the use of playing from the wing to neutralize the opposition”.

Continuing, “We overhyped the players and the sudden removal of Kelechi Iheanacho from the pitch during the Tunisia encounter affected the performance of the team. Tunisia monitored our style of play while we failed to do same because of the deficiency on the side of our technical department to monitor our opponents’ styles of play.

Speaking on the current situation of the Shooting Stars Sports Club (3SC), “3SC is a big club irrespective of the position of the club presently, one of the problems the club is having is that it just got promotion to NPFL and everybody is expecting them to win a trophy at all cost. Looking at the caliber of players in the team, they are very young and their future is very bright”.

The former Nigeria International further charged the Oyo state government to bring in experienced sports administrators to manage the affairs of 3SC in order to regain its lost glory affirming that the club is the only representative in Nigeria to win two different continental titles in Africa.

The retired-footballer gave these submissions while featuring on a weekly radio show, Parrot Xtra/Ayekooto on Radio’ anchored by Olayinka Agboola and broadcast live on Splash 105.5FM, Felele Ibadan, the capital city of Oyo State’s on Tuesday.

He further stated that his most memorable game was against CA Bizertin club of Tunisia in CAF Confederation Cup semi-final match where he scored two-corner kicks directly before another 3SC player, Godwin Osusu scored a penalty kick that facilitated the progress of the team to the final after the team lost the first leg by two goals to nil in Tunis.

He further revealed that the bulk of Nigeria based players that was assembled by late Stephen Keshi to win the Nations Cup in South Africa was a result of the productive and concerted effort of the NPFL Board stating that the Board was dissolved based on selfish and political reasons.

Speaking on what he has been doing since retiring from active football, “Even before I retired, I had already been in business, I ventured into supplying and selling of sporting equipment and it was not very profitable before I jettisoned it. I later went into animal husbandry such as piggery and poultry farming”.

Dr Owolabi, however, charged Nigerian sport administrators to place the love of their fatherland above personal interests in the administration of sport in the country.