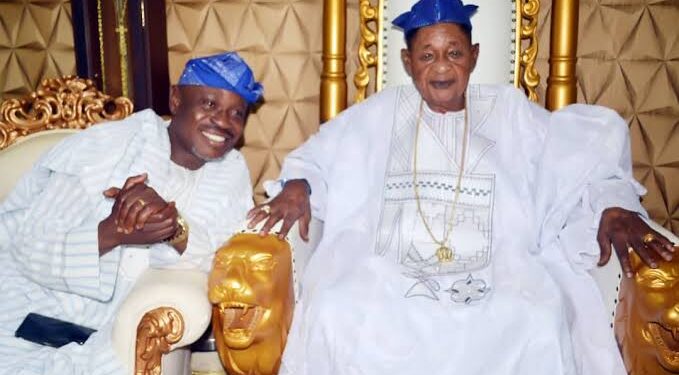 The first class monarch celebrated his 51st coronation anniversary on the 13th of January 2022.

The 83 years old Alaafin of Oyo was captured in a white outfit and posing for the camera while raising one of his legs during the celebration.

However, in his congratulatory message, Gbolarumi described the monarch as a respectable king whose reign has brought prestige to Oyo town and Oyo State at large.

He also praised the monarch for his consistency in supporting youth empowerment and other efforts to promote national development.

Gbolarumi also described Alaafin as a versatile source of intervention in the nation’s contemporary challenges, saying the monarch is a critical partner of government on issues of governance and development.

In a statement personal signed by him, Gbolarumi said: “On this auspicious occasion of your coronation anniversary, I join people within and outside Oyo State to thank Almighty God for your life which has been marked by outstanding accomplishments and enduring contributions to national discourse”.