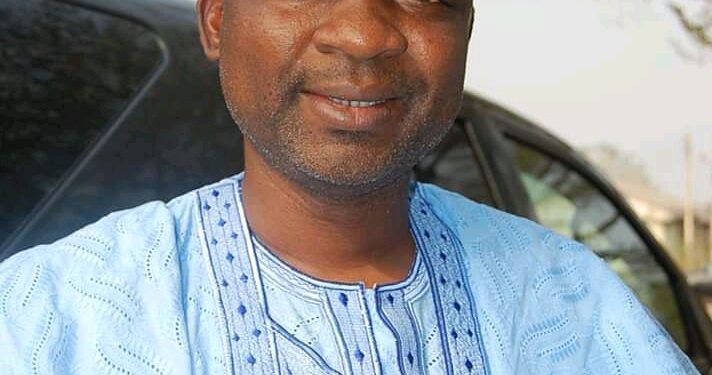 The Management of Oyo State College of Agriculture and Technology, Igboora under the leadership of Mr. Isiaka Olaniyi Adekunle has congratulated the Governing Council Chairman for the Institution, Prof. Lateef Sanni over his appointment as the Head of Station for IITA, Abuja.

Mr. Adekunle opined that Prof. Sanni will record unprecedented achievements in the new assignment, considering his intellectual capacity and professionalism with which he conducts the affairs of the Governing Council of Oyo State College of Agriculture and Technology, Igboora.

The Acting rector on behalf of the Management, Board of Studies, Staff, Students and Alumni of Oyo State College of Agriculture and Technology, Igboora therefore, wishes Prof. Lateef Sanni God’s guidance, good health and unparalleled success in his new assignment.

Prof Sanni is a fellow of the Nigerian Academy of Science, Nigerian Institute of Food Science and Technology, Institute of Management Consultants of Nigeria and President, International Society for Tropical Root Crops.

He is the Chairman, Steering Committee of African Women in Agricultural Research and Development (AWARD).

Prof. Sanni graduated from the University of Agriculture, Abeokuta with Bachelor of Science degree; Second Class Upper Division in the Department of Food Science and Technology in 1990. He obtained Masters and Doctor of Philosophy (PhD) Degrees at the Department of Food Technology, University of Ibadan in February 1993 and April 1999 respectively.

Prof. Sanni joined the University of Agriculture, Abeokuta (UNAAB), now FUNAAB in 1993 as an Assistant Lecturer and became Professor of Food Science and Technology in 2008.

As a distinguished scholar, Prof. Sanni has published over 109 Technical Journal articles; 30 Books, and 30 Conference proceedings. He has supervised in collaboration with colleagues well over 100 undergraduates, 17 Masters and 24 PhD students. Prof. Sanni is globally cited with 3,809.

He successfully served as the Country Manager for Nigeria in a Five-Country project, Cassava: Adding Value for Africa II (CAVA and CAVA II) projects sponsored by Bill and Melinda gates Foundation from 2008 to March 31, 2019.

The International Foundation for Science, Sweden, launched Prof Sanni Lateef as a leading contributor to multi-million dollar projects on cassava since 1999.

His wealth of experience made him to serve as Project Coordinator, Cassava Value Chain Development project in West Africa, covering Nigeria, Sierra Leone, Benin Republic; a three-year project, sponsored by the Common Fund for Commodities from August 2008 to March, 2012 and implemented by the International Institute of Tropical Agriculture, (IITA) Ibadan, Nigeria.

Prof. Sanni also won Research Productivity Award (Senior Academic Category) in January 2011 and Most Outstanding International Ambassador Award of the Federal University of Agriculture, Abeokuta in January 2012 and FUNAAB Students’ Union Award of Excellence in May 2013.

He was an editorial board member of the International Journal of Food Science and Technology from 2005 to 31st July, 2015 and is currently serving as reviewer to so many international journals in the world.

As a true ambassador and alumnus of FUNAAB, Prof. Lateef Sanni was a member, Governing Board of FUNAAB and former Dean, College of Food Science and Human Ecology, FUNAAB.

Prof. Lateef Sanni facilitated the donation of Modern Garri Processing Factory worth sixteen Million Naira to the Oyo State College of Agriculture and Technology, Igboora on the bill of Cassava Adding Value for Africa II.

Prof. Lateef Sanni is a seasoned scholar, dynamic leader, Post harvest innovator on cassava and root crop development, a facilitator on enhancement of skills for early career scientists, and consultant to Federal Government of Nigeria on Cassava Value Chain, NGOs and international bodies like FAO,UNIDO and IITA.