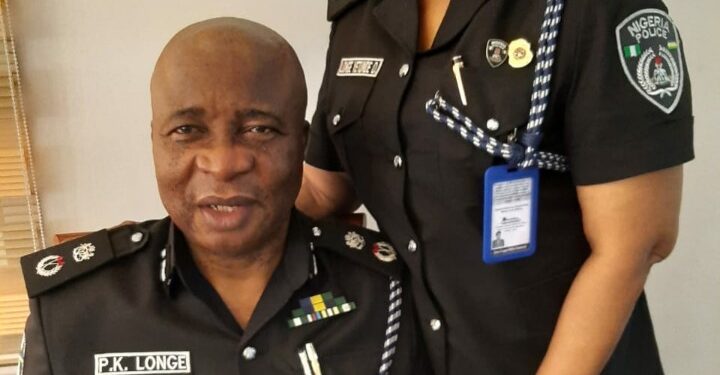 Kehinde Longe and his wife, Yetunde Longe, have both been decorated Commissioners of Police by the Inspector General of Police Usman Baba Alkali.

The couple were among those promoted by the Police Service Commission (PSC) recently along with 15 other Commissioners of Police.

It was gathered that husband and wife were course mates and joined the Nigeria Police Force on the same day.

The IGP also doctorated 22 other senior Police officers, among which were two Deputy Inspector-General of Police (DIGs).

While DIG Zaki was promoted to cover the vacant duty post that was created as a result of the retirement of DIG Tijjani Baba who retired on October 6, 2021, DIG Kokumo will be filling the gap left by DIG David Oyebanji Folawiyo who retired on November 21 2021.

The total number of those decorated with their new ranks include two DIGs, six assistant inspectors-generals (AIGs) and 16 commissioners of police (CPs).