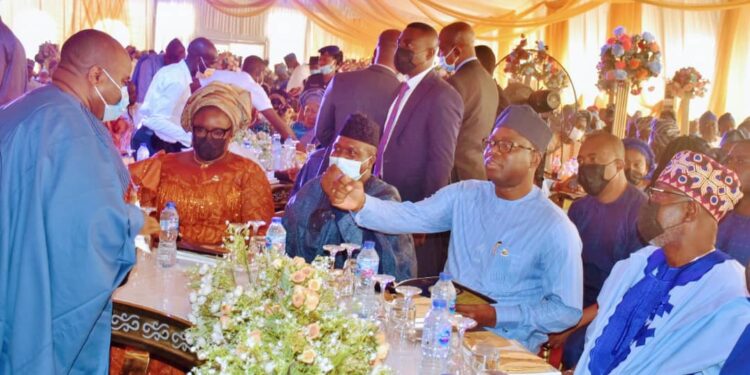 Oyo State Governor,’ Seyi Makinde, has promised that his administration will flag off the Ogbomoso -Iseyin Road in ten days.

The governor, while speaking at the final burial ceremony of the 20th Soun of Ogbomosoland, His Imperial Majesty, Oba Jimoh Oladunni Oyewumi Ajagungbade III, held at the Aafin Ogbomoso, Oja-Igbo, Ogbomoso, said that be would sleep over in Ogbomoso to enable him meet with some sons and daughters of Ogbomoso over issues bothering on the development of the town and Oyo State at large.

A statement by the Chief Press Secretary to the governor, Mr. Taiwo Adisa, quoted Makinde as praying for the repose of the soul of the late Monarch as well as that of former Governor Adebayo Alao-Akala.

He said: “I greet everyone here. I have actually said many things when Baba joined his ancestors. Today, it is simply to identify with Ogbomosoland to know that I love them. Some maybe saying I did not come here as early as expected but, today, I am here and will be sleeping over.
“In about ten days, I will still come back here to flag off Ogbomoso-Iseyin Road.

“Anything you want to tell me, let us meet in the evening and discuss those issues bothering on the growth and development of Ogbomoso and Oyo State at large.

“Let me also use this opportunity to also appreciate you, my people, in Ogbomoso, and condole you on the death of our former governor, Chief Alao Akala.”